The statistics give information about different cultural activities such as cinema, theatre, concerts, operas, museums, public libraries, sports events, and access to these.

The respondents are attributed the age they are at end of year (31st of December), the year before they answered the survey. So for the 2021 survey, this would be their age by the 31st of December 2020.

The regions cover the following counties:

Persons are grouped mainly by age, marital status and whether the person has children. There is a distinction between singles and couples, where couples include both married and cohabitants. The concept "single persons" does not refer to persons living alone in a household.

The groups "with children" consists of persons living with their own child(ren) (including stepchildren and adopted children) aged 0-19 years, in their household.

The classification of occupation from 2000 is based on "Standard for yrkesklassifisering" (NOS C 521).

The classification is otherwise based on "Standard for inndeling etter sosioøkonomisk status" (Standard for norsk statistikk nr. 5). Socioeconomic status is calculated for the age group 16-79 years.

Level of education is calculated on the basis of information about all-round education and vocational training. The classification is built on "Standard for utdanningsgruppering i offentlig norsk statistikk" (Standarder for norsk statistikk nr. 7).

Education is calculated for the age group 16-79 years. The following classification is used:

Division for Education and Culture Statistics

Representative for the country, numbers are given for region and degree of urban/rural area.

The aim has been to collect data from the population to measure use and access to cultural offers. The cultural barometer survey was for the first time conducted in 1991 in conjunction with the Media barometer and has after that been followed up with minor changes until 2020 where a major seperation from the Media barometer was started.

The data is important in portraying the users, and the development in the cultural fields from year to year.

No external users have access to the statistics and analyses before they are published and accessible simultaneously for all users on ssb.no at 08:00 am. Prior to this, a minimum of three months' advance notice is given in the Statistics Release Calendar. This is one of Statistics Norway’s key principles for ensuring that all users are treated equally.

The Culture barometer will from 2021 be conducted as seperate survey, no longer in the conjunction with the media survey.

The population is a representative sample of the Norwegian population at the age of 9-79 years (upper limit removed in 2021). All persons who answer the survey are interviewed, or sent a web-form, about their culture use and what kind of access they have to these offerings. The interview for the cultural-use survey lasts about 20 minutes. The questions about culture use takes about 10-15 minutes and are added, while those who fill in the web-form use 13 minutes on average.

The culture-use survey is an independent survey. But some variables are input into the dataset from registers, among others immigration-status, home municipality, age, gender, education, income, work category, country of birth, number of persons in the household, marital status.

For the survey a national representative sample is drawn, of a approximately 6000 persons at 9+ years of age. The net sample ends up around 3600 persons.

Interview over phone with CATI, or using a web-form.

The phone interviews are computer-assisted. Hence several procedures for electronic control of the registration of answers are included in the questionnaire. In some cases the interviewer gets a "warning" when recording an answer, in other cases maximum values have been set beforehand that cannot be exceeded. Only valid answer categories are allowed.

When a web-form is used in place of a phone interview, the user controls the answers, but there are a range of controls and filters attached to the questions. To ensure that the form is easy to answer, and we loose as few potential answers as possible.

All employees at Statistics Norway have professional secrecy. The survey is conducted under legal rules and Statistics Norway is subject to both the Norwegian data supervision and the internal safety deputy. It will never be known outside Statistics Norway what kind of answers the interview respondents have given to the questions.

Mainly there is comparability from 1991 to 2016. In cases there is a deviation in comparability, it is mentioned in the publications.

The gross sample is drawn in order to reflect the whole population, however, because non-response differs unequally in the different categories used, the net sample will not be fully representative. This bias will vary for different groups and variables in question. In order to adjust for some of the biases that the net sample in relation to the gross sample, figures in the tables are weighted. The following variables are included in the weighting for non-response: Gender, age, education and family size.

The uncertainty of the findings based only a part of the population is often called sampling variance. Standard deviation is a measure of this uncertainty. The size of standard deviation depends, among other factors, on the number of observation in the sample, and on the distribution of the current variable in the whole population.

To illustrate the uncertainty associated with a percentage, we can use an interval to give the level of the true value of an estimated quantity (the value obtained if making observation on the whole population instead of observation based on a part of the population). Such intervals are called confidence intervals if constructed in a special way. In this connection one can use the following method: let M be the estimated quantity, and S the estimate of standard deviation of M. The confidence interval will be an interval with limits (M - 2*S) and (M + 2*S).

This method will give, with approximately 95 per cent probability, an interval containing the true value.

The following example illustrates the use of table 1 for finding confidence intervals: The estimate of standard deviation of 70 percent is 1.0 when the estimate is based on 2000 observations. The confidence interval for the true value has limits 70 +- 2*1.02, which means the interval, is from 72 to 68 per cent.

Table 1. Standard deviation in per cent

The response rate in the Culture-use survey has the later years been between 60 and 65 percent. If non-response varies between groups it may cause the sample to be biased, and the sample is no longer representative of the population that is examined. How biased the sample is will vary with the variable considered. For further information about bias because of non-responsives in the different surveys, look at the publications for the different surveys.

The surveys cover two periods per year. In order to correct for bias in these periods, the numbers in the tables are weighted so that all periods are counted equally much. The years where both mass media use and culture use is included in the survey, a double sample of children 9-15 years is used. In the tables this age group is weighted down to half value, for the sample to be in line with the real population. 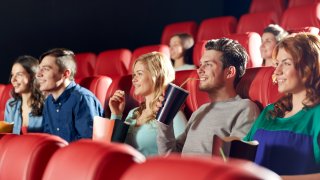 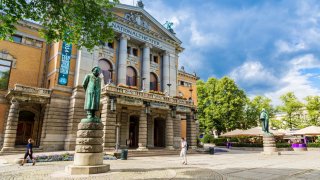 Statistiske analyser 153 / 30 May 2017
Norwegian culture barometer 2016
The Norwegian Cultural Barometer is a publication based on Statistics Norway’s survey about the use of cultural offerings. 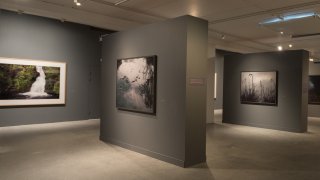 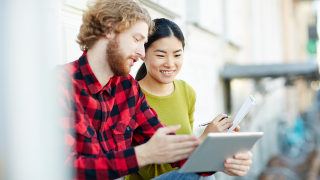 Norwegian media barometer
The statistics give information about use of various mass media and access to these.
Time use survey
time spent on different activities (for example paid work, housework, leisure, social contact), time use