The statistics provide information on revenue and expenditure in the central and local government sectors. They include transactions classified by type and function.

The purpose of the statistics is to provide long time series for revenue and expenditure in general government based on the international guidelines for national accounts and government finance statistics. Further, Norway is obliged to compile and report such statistics to EU’s statistical organization – Eurostat.

After comprehensive revisions in 1995 and 2012 there are comparable figures from 1978 to the present.

Government finance statistics are input to the national accounts. Other important users are the Ministry of Finance, the Ministry of Local Government and Modernisation, KS (the Municipalities Central Association), the Central Bank of Norway, research institutes and mass media.

No external users have access to the statistics and analyses before they are published and accessible simultaneously for all users on ssb.no at 8 am. Prior to this, a minimum of three months' advance notice is given in the Statistics Release Calendar. This is one of Statistics Norway’s key principles for ensuring that all users are treated equally.

In principle, the statistics are incorporated directly into the national accounts. General government revenue and expenditure can be found in central and local government tables in the non-financial sector accounts.

Commission Regulation (EC) No 264/2000 on the implementation of Council Regulation No 2223/96 with respect to short-term public finance statistics.

Regulation (EC) No 1221/2002 on quarterly non-financial accounts for General Government.

The statistics are based on international guidelines for national accounts and government finance statistics. These are UN’s System of National Accounts 2008 (SNA2008), EU’s European System of Accounts 2010 (ESA2010), and IMF’s Government Finance Statistics Manual 2014 (GFSM2014).

The population is delimited to the institutional sector general government, as it is defined in the international guidelines. This sector consists of all government units and all non-market institutions that are controlled by central or local government units. Market based non-financial and financial corporations owned by government are not included.

The principal administrative register used is the budgetary central government fiscal account collected from The Norwegian Government Agency for Financial Management. This covers a number of government units such as the Parliament, all ministries, directorates, the Norwegian Armed Forces, police and prison services, law courts, the Norwegian Labour and Welfare Service and the National Insurance Scheme.

Revenues and expenditures of public universities and university colleges are collected from the Database for Statistics on Higher Education (DBH) – a database administered by the Norwegian Centre for Research Data (NSD). Other extra-budgetary accounts, such as financial statements from public research institutes, government controlled cultural institutions and various public funds, are collected individually – from the respective units’ webpage or via email.

Accrued taxes on income and wealth are based on tax statistics for personal tax payers and tax statistics for companies. Government expenditures related to research and development are estimated on the basis of data collected and published by the Nordic Institute for Studies in Innovation, Research and Education (NIFU).

In principle, all accounts are included. In practice some minor accounts are not collected due to lack of resources or lack of total overview of the population.

The classification of transactions in government finance statistics are based on information in the collected datasets. These datasets contain a classification of transactions by type. Taxes, fees and charges, interest revenue and dividends are all examples of revenue types – while wages and salaries, interest expense, transfers to other sectors and acquisitions of fixed assets are examples of expenditure types. In addition, most accounts contain a classification by function or chapter that gives details regarding the various purposes of government spending – health, education, culture, etc.

Controls consist mainly of checking that the accounts are in balance (i.e. that expenditures equal revenues plus financing). The individual accounts from public hospitals, municipalities, county authorities and joint parish councils are subject to a number of automatic checks when they are reported electronically to Statistics Norway. Remaining checks are done on a macro level and based on the applied characteristics.

When quarterly and preliminary annual figures are released, not all data sources are available. As a consequence, these releases are to some degree based on estimations.

No seasonal adjustments are made.

Government finance statistics are compiled in the same way, and according to the same framework, every year to ensure comparability over time. One tries to avoid substantial breaks in the time series by carrying out any large changes in connection with retroactive revisions.

When quarterly and preliminary annual figures are, not all data sources are available. As a consequence, these releases are to some degree based on estimations.

For some revenue and expenditure items the specifications in the administrative registries or submitted financial statements are not good enough to satisfy the international requirements for detailing level. In addition, the chart of accounts is not always adhered to well enough.

In connection with the collected financial statements the respondents may sometimes misunderstand the questionnaires. In addition, errors can be made by Statistics Norway with regards to the classification of transactions by type or function.

When final figures are released, all accounts and other data sources are normally available and will replace preliminary figures and estimations. Taxes from the petroleum industry and gross acquisitions of fixed assets are among the items that, under normal circumstances, are revised the most from preliminary to final release. 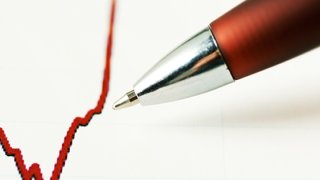 Article / 7 June 2022
Surging surplus
General government has had a substantial increase in surplus in 2022Q1. The surplus is estimated at NOK 299 billion and is mainly due to increased petroleum revenue.

Article / 4 March 2021
Government deficit continues
The general government accounts recorded a deficit for the third consecutive quarter in 2020Q4. The accumulated deficit in 2020 is estimated at NOK 115 billion.