Prices on natural gas fell sharply in October and pulled down the index of extraction of oil and gas with 31.8 per cent from September. The index of electricity, gas and steam had a significant drop as well, while the manufacturing prices increased after two months with price decreases.

The producer price index (PPI) fell by 16.5 percent from September to October. The overall drop was mainly caused by lower prices on different energy goods. Without energy goods, the PPI rose by 1 percent. The indices of “Extraction of oil and natural gas” as well as “electricity, gas and steam” are the main contributors behind the total drop in the PPI. Higher prices within manufacturing and extraction support service activities helped dampening the overall reduction in the PPI from September to October.

The index for extraction of crude oil and natural gas fell by 31.8 percent from September to October, mainly because of a downturn in prices on natural gas.

– A large price fall on natural gas contributed heavily to the decrease in the producer price index this month, says Espen Kristiansen, head of section for price statistics at Statistics Norway.

Prices on natural gas has dropped by close to 70 percent since the top level in August this year. Last month’s drop in gas prices was due to unusually mild weather in Europe with temperatures far above normal for this time of the year. In addition, full gas stocks in several of the largest EU countries helped to reduce the price pressure.

The oil price rose slightly from September to October and may be related to the OPEC+ agreeing on production cuts to prevent a further drop in the oil price.

The price index of fell by 32.3 per cent from September to October. The price drop was due to the combination of several things, but primarily because of more rain and wind, both in Norway, the Nordics and in Europe. The Nordic system prices measured on Nord Pool fell by 64 percent from September to October. This had a big impact on the overall price decreases within electricity, gas and steam.

– The largest contributors were the refined petroleum product industry and the food industry, with upturns of 3.5 and 1.6 percent, respectively, says Kristiansen.

There were also several other industry groups with increased prices in October, including the chemical and pharmaceutical products, paper and paper products as well as within fabricated metal products.

Prices on basic metals have fallen continuously since May this year. The group “iron and steel, and ferroalloys” had the strongest influence last month. Reduced demand due to higher production costs in the construction industry has pushed prices down in recent months. 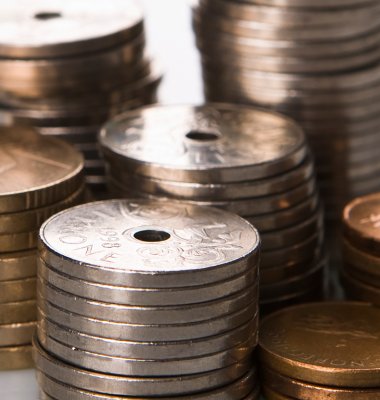