Sustained recovery in the Norwegian economy in July

Seasonally adjusted figures from the national accounts show a 0.4 per cent growth in the mainland economy in July. Several of the industries that have been hardest hit by the COVID-19 restrictions recovered further. However, in July the activity levels in these industries were still below those in February 2020.

Figures from the national accounts show that the gross domestic product (GDP) measured in constant prices for the mainland economy grew from June to July. Mainland GDP was 0.5 per cent higher than in February 2020, which was the last month before the pandemic hit Norway. The growth was broadly based despite a decline in wholesale and retail trade and repair of motor vehicles as well as administrative and support service activities, that dampened the overall growth in mainland Norway.

- The wholesale and retail trade increased sharply in May but fell slightly in July. Nevertheless, the level is high. Administrative and support services also declined, largely due to activities related to travel agencies and tour operators. Apart from these industries, July was a reasonably good month, says senior adviser at the National Accounts, Achraf Bougroug.

Several of the industries that have been hardest hit by the COVID-19 situation grew in July. This includes accommodation and food service activities, arts, entertainment and recreation, and transportation and storage. Together with Administrative and support services these industries still lie below the levels of February 2020.

- July is a holiday month. For some industries this means lower activity, for others it means peak season. Thus, there is greater uncertainty about the underlying growth than normal, says Bougroug.

The accommodation and catering business grew significantly in July, over 20 per cent, and contributed the most to total mainland growth in July. The accommodation statistics show an increase in the number of overnight stays from the same period last year. Cultural entertainment and other services contributed to the increase in value added in the mainland economy. Value added in retail trade fell just over 3 per cent in July, after a slight decline the month before. Activity levels were, however, still higher than before the pandemic hit Norway. Figures from the retail trade index refer to a decline in retail trade in July, which can largely be attributed to shops selling building materials. Administrative and support services fell sharply in July, mostly due to a fall in travel agency and tour operator and other reservation service and related activities. Usually, the summer months are peak season for these industries. However, due to travel restrictions, activity this year was significantly reduced compared to normal years. Despite the decline in retail trade and administrative and support services, the overall activity in the service industries rose 0.6 per cent in July.

Manufacturing grew 0.3 per cent in July. Production of pharmaceutical raw materials and preparations contributed the most, as well as the lumber and wood products industry.

Production of other goods increased 0.2 per cent between June and July. The primary industries agriculture and fishing saw a decline. The slight fall in electricity, gas, steam and air conditioning supply since April continued in July. After several weak months, the construction industry grew, which raised the total growth in production of other goods.

Seasonally adjusted gross fixed capital formation fell 1.4 per cent in July. The rolling three-month growth from February-April to May-July was 0.6 per cent.

Dwelling services fell more than 6 per cent in July. The building statistics show a sharp decline in registered building permissions from the same month the year before. Registered building permissions for dwellings vary from month to month, thus one should look at the development over longer periods. In the three-month period May-July, housing investments were 0.8 per cent lower than in the period February-April.

For gross fixed capital formation there is generally weak access to sound monthly information. For petroleum investments, investments in manufacturing, mining and power supply, information on planned investments as reported by the companies has been used.

Total exports in fixed prices grew 1.8 per cent in July. Exports of civilian ships particularly contributed, as well as natural gas. Exports of traditional goods fell in July, due to, among other things, a decrease in exports of electrical equipment and metals. Unlike exports, total imports fell 3.5 per cent in July, primarily driven by a decrease in imports of traditional goods like other manufactured products, computer and electronic products, as well as motor vehicles. For the second month in a row, Norway’s balance of trade strengthened in July.

In connection with new monthly figures, there will be revisions. The statistics used will not normally change for previous months. Seasonally adjusted series can, however, be affected, since the basis for the seasonal adjustment changes when new periods are added. The National Accounts has published an article on the revisions in the monthly national accounts.

In the current situation, the uncertainty is greater than normal. Revisions are therefor to be expected, also due to potential changes in the underlying data for previously published months.

In certain areas, new underlying statistics have been incorporated for previous months. The macroeconomic picture remains, however, as previously published. 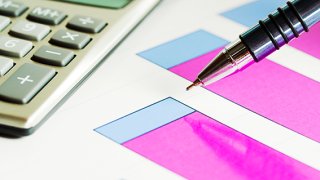