Statistics on entrepreneurs and their charateristics.

Enterprise
In the Standard for Industrial Classification (SN) an enterprise is defined as an organisational unit comprising all economic activities engaged in by the same owner. Hence, an enterprise is a legal entity covering one or more productive units. An establishment is defined as a local kind of activity unit, which mainly conducts activities within a special industry group.

Establishment
In SN an establishment is defined as a local kind of activity unit, which mainly is conducting activities within a special industry group.

New enterprise
A new enterprise in a given period is an enterprise registered with dates that indicate start-up in this period. The registration of a legal unit in the Central Coordination Register for Legal Entities counts as a new registration if the registered information assumes that the unit is to be operated as an industrial activity. See 3.1.

Survival
A new established enterprise in year t is considered to have survived in t+n (n&gt;=1) if it is active in terms of turnover and/or employment in any part of t+n. This means the enterprise will be found in the annual population (of active enterprises) in t+n.

Two kinds of survival can be distinguished:

1. Direct survival. A new established enterprise in year t has survived directly in t+n (n&gt;=1) if the enterprise is active in terms of turnover or employment in t+n.

2. Survival by take-over. A new established enterprise is also considered survived if it has ceased to be active, but its activity has been taken over by another new enterprise set up specifically to take over the factors of production of the first enterprise.

New established enterprises which are merged or taken over by an existing enterprise (not a new one) are not considered to have survived.

The new established enterprise will keep its economic activity code, size class and legal form of the year of registration of the enterprise.

Growth
Growth in survived enterprises is measured in the number of persons employed. Some of the new established enterprises may not have any registered activity in the year of registration. As a result the number of employees in year t will be low and the growth in t+1 large.

Sole proprietorship
A sole proprietorship must have one, and only one, owner. The owner is fully and personally responsible for the whole establishment, and needs to be a physical person. It is possible to employ a manager who is someone other than the owner.

Entrepreneur
An entrepreneur is defined as a person, an enterprise or a combination of different types of shareholders.

Age
Refers to age at the end of the year.

The current Standard for Industrial Classification (SN2007) in Statistics Norway is based on EC's standards NACE Rev.1.

Timeliness: Statistics on entrepreneurs in newly established personally owned enterprises 2003 was published for the first time in 2004. Statistics on entrepreneurs in limited companies are published from the reference year 2004. The statistical population of limited companies is temporary the first year of publishing and final numbers are published the following year.

The focus is the entrepreneurs characteristics like gender, age, education and national background.

Micro data, information about sampled units and population are temporarily stored in the program language SAS and long term as text files.

The units and structures in the Central Register of Establishments and Enterprises (CRE) are entered into most large nationwide administrative data systems, such as the Register for Employers/Employees. The information about roles in the Central Coordination Register for Legal Entities in Brønnøysund (BR) and shareholders in Directorate of Taxes' Register of Shareholders provides the corresponding connection to the enterprises through organisation number and to the population through national identity number. This makes it possible to make statistics on entrepreneurs.

The users of these statistics are public authorities, ministries, research institutions, industry and the media.

The figures that are presented will deviate from the number of legal units in the Central Coordination Register for Legal Entities, and may on an industrial level deviate from what is presented in the structure statistics. The deviation in relation to the Central Coordination Register for Legal Entities is mainly caused by the fact that it comprises all legal units, including those that are not conducting industrial activities, and that CRE controls to find out whether an enterprise has activity or not.

Enterprise statistics based on annual populations comprise all industries according to NACE standards (see 4.2) except public administration and defence (industry 84). The primary industries (industry 01, 02 and 03) are also excluded.

The statistics is demarcated in relation to public and social security administration, counties and municipalities. Enterprises within this section of public administration (administration and services) are not included in the statistics even if they formally are supposed to conduct activities sorted under industries included in the statistics. For industries that are characterised by a mixture of public and private services, the population may seem insufficient since public services are excluded from the statistics. This is especially the case for electricity, gas, steam and air conditioning supply,
water supply; sewerage, waste management and remediation activities, education and human health and social work activities

information about shareholders in public and private limited companies are found in the stock statistics, which are based on Directorate of Taxes' Register of Shareholders. The statistics are limited to shareholders identified by personal identification number (personal shareholders) who owned shares on 31 December.

The numbers are based on the Central Register of Establishments and Enterprises (CRE), information on roles from the Central Coordination Register for Legal Entities and population register data. The Division for Labour Market Statistics provides the number of employees. We also use stock statistics, which are based on Directorate of Taxes' Register of Shareholders

Data are collected from structure business statistics (SBS) and from other administrative registers, i.e. VAT, accounting data and income tax returns from independent businesses in order to limit the population in relation to enterprises that in reality have ceased to exist.

Information about roles from Central Coordination Register for Legal Entities provides a survey of all physical persons and body cooperates that have roles in the Norwegian business enterprise sector. The physical persons are registered by national identity number or with a D-number, while the body cooperates are enterprises that are registered by organisation number. No one can register an enterprise in BR without also registering roles. The different types of organisational structures have different requirements concerning the roles. See 4.1.

Information about the physical person is updated continuously, and information is compared against the Central Population Register every 24 hours.

Directorate of Taxes' Register of Shareholders. Starting in 2004 the statistics are based on data from the Directorate of Taxes' Register of Shareholders.The registers consist of all Norwegian limited companies, specifying the number of shares issued, the share capital, the share premium, and proposed and paid dividend. In addition the register gives information about the shareholders and received dividends.

The Central Register of Establishments and Enterprises (CRE) is a comprehensive register and its quality is ensured in relation to population and basic characteristics like addresses, legal form and industry codes.

The quality of the population of active enterprises is taken care of among other things by directly contacting units in connection with the data capture for the SBS and through links toward administrative registers in the monitoring system for establishments in the CRE. See also 3.2.

The quality regarding the industry code for establishments and enterprises is continuously taken care of. This takes place by contacting the enterprises in SN's SBS-surveys, through administrative sources such as the National Insurance administration's annual check, and in other ways through direct contact with the enterprises. Furthermore with the help of statements of purposes with the Central Coordination Register for Legal Entities.

The statistics is published every year so that the results are comparable.

Enterprise statistics
The statistics is based on statistical and administrative sources. Several administrative sources are instrumental in the work of updating the CRE, and are used both to define the population and to collect characteristics and information: the Central Coordination Register for Legal Entities, the VAT Register and the Register for Employers/Employees are used to collect information about the units. This may cause register errors that can affect the uncertainty of the statistics.

A possible source for errors is out-of-date information caused by lags in the registration. Such lags are caused by the fact that changes are often registered some time after they have occurred. The consequence is that the registers are not always up-to-date, which can lead to outdated information being used as a basis for the statistics.

Discontinuances of activities are normally registered after they have taken place, based on information in connection with the collection of data for structure statistics or by links to administrative registers. As a consequence, the population may be too high.

In connection with new registrations the respondent is to state whether this is a new activity or a change in ownership. In cases where such information is lacking a duplicate check against existing enterprises is carried out &– in order to identify possible ownership changes. All changes are not intercepted in these routines, and the number of new establishment is assumed to be somewhat high seen in relation to the number of new registrations.

Population statistics
The quality of the data from the Central Population Register is generally very good for statistical purposes, however one relevant complaint is delayed reporting. Delayed reporting can lead to some events being registered and counted in the wrong year. 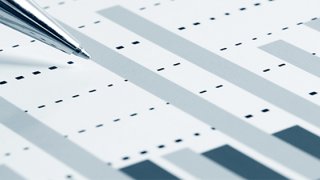 Report / 19 November 2013
Facts about entrepreneurship in Norway
The report focuses on the identification of entrepreneurs and entrepreneurial firms from registry data.