The investigation was completed for 297 500 offences in 2020. This resulted in 145 800 charges against 69 900 persons. A year of different social contact has been important, but several of the trends seen in previous years also became clearer.

The results of the investigation follow several of the trends from previous years. However, there is also something different in the corona year 2020. We have seen this in the Statistics on offences and victims reported to the police, where, among other things, there are somewhat more traffic offences at the same time as a further reduction for thefts and narcotic offences. In the Statistics on penal sanctions, we have also seen that has been used far more often in 2020 than in previous years, and then especially against those who have committed less serious narcotic offences.

Many of the reported traffic offences, thefts and narcotic offences described in the Act relating to medicinal goods etc. are investigated and decided relatively quickly. Several of the trends in the statistics on reported crime, as well as penal sanctions, we therefore also find in this statistics on offences investigated; Compared with 2019, there are, among other things, 7.2 per cent more traffic offences and 6.5 per cent more cases of driving under the influence - and as many as 28 per cent more offences in the category “prosecution dropped and other solved” (including the sanction Prosecution conditionally dropped).

More offences unsolved, in the south due to lack of capacity

The decisions made by the police and the prosecuting authority, and whether offences end up being solved or not, are very different in the different groups of offences and their underlying types of offences. The distributions of types of offences reported to the police are therefore of great importance for many of the changes in the clearance rate we see from year to year. In 2020, there are slightly more of both solved and unsolved crimes than in 2019, but the overall clearance rate decreased somewhat - from 49.0 to 48.1 percent.

In previous years there has been some increase of offences dropped due to deficient investigation and prosecution capacity. In the first pandemic year, however, there is a fare more noticeable increase, when 18 600 offences were dropped on this ground. That is 44 percent more than in 2019 - and more than a doubling since 2016.

The regional reform 2020 reduced the number of counties in Norway from 18 to 11, and number of municipalities from 422 to 356. This poses challenges for the use of a large number of Statistics Norway's statistics. In Statistics Norway's statistical bank tables with county distribution, you can choose to include figures for only new, only old or both old and new counties. The counties with the same name will have time series that extend before and after 2020, although these time series may also contain breaches due to changes in the boundaries between the counties. The same applies to the tables with distributions by police district, where from 1.1.2020 there are some border adjustments between Troms, Nordland, Trøndelag, Møre og Romsdal and Vest - and a more significant expansion in Oslo and reduction in Sør-Øst police district. For an overview of the changes in the correspondence between municipalities, counties and police districts, see Statistical Classifications and Codelists, Regions, in Klass.

Fewer foreigners, but not reduced number of offenders in total

Long periods of local and national restrictions and closures in society, including reduced mobility across national borders, have only to a limited extent led to changes in who is caught for which offences in Norway. Among other things, the total number of is roughly the same as in the two previous years, although the number of charged foreigners is somewhat less in 2020.

The age distribution among charged persons, and the development we have seen there in the two or three previous years, is not markedly different - as shown in Figure 2. However, we also see some significant changes, especially in the youngest age groups.

Most have one, and a few have many, offences

The 69 900 perpetrators have committed very many different types, and numbers, of crimes. More than two-thirds of them have been caught for just one offence and have about a third of all charges against persons. The 1 750 perpetrators charge for ten or more offences make up for only 2.5 per cent of all charged persons, but based on the charges they have committed, more than a fifth of all the solved offences.

Lots of traffic and intoxication

A traffic offence or , mainly in road traffic, is to 27 900 persons charged. That is 7.8 per cent more than the year before, and in total they make up 40 per cent of all persons charged of offences in 2020.

In addition, 9 700 people have narcotic offences as their most serious offence. Of these, 4 100 have a violation of the Act relating to medicinal goods etc. regulating illegal use or possession of small amounts of narcotics - which is 11 per cent less than in the previous year, and 31 per cent less than in 2014.

In the entire period from 2002 to 2020, the highest rates of charged persons are in the age groups 18 or 19 years, although there has also been a large decrease in the number of perpetrators around this age.

The share of charged persons aged 18 and 19 years is slightly higher than the year before and indicates that about 4 per cent of all people of this age were charged with one or more offences in 2020. If the perpetrators at this age are divided by gender, the proportions are 1.2 percent among women and 6.5 percent among men.

Those in the age group 18-21 years still have the largest rates among those charged with drug and alcohol offences, traffic offences and violations of public order. Up to and including 2017, these age groups also had the largest proportion of charged persons in the crime group Violence and maltreatment.

Increase among the youngest

Among the charged persons in 2020, there are 3 055 children registered to have commit one or more offences before the age of 15. Half of these were 14 years old, and almost a third 13 years old, based on the time of their principal offence.

The age group 14 years has for a long time had among the highest rates of charged for both damage and theft, especially the less serious types - including shoplifting. In the last three years, this also applies to the crime group violence and maltreatment, and in 2020 also to sexual offences.

The fact that persons at the age of 14 have the highest proportion of perpetrators of violence and maltreatment, is partly related to a large decrease in the group with somewhat older youth and young adults - as shown in Figure 3. That the age levels around 14 years differ so markedly in recent years, however, is also related to the increasing number taken for bodily harm, threats, robbery and other ruthless behavior in this age group. 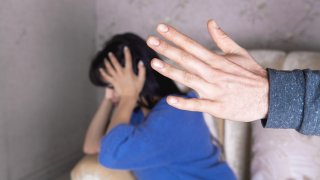 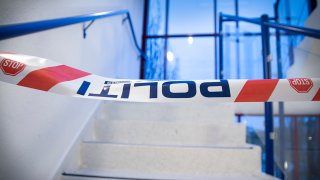 Artikkel / 6 November 2020
Fewer adults and more children among offenders
The police and prosecution authority completed the investigation of 288 100 offences in 2019. Among these, 141 100 were considered solved. This led to 143 400 charges against 69 350 different offenders, of which 2 928 were children under 15 years of age. 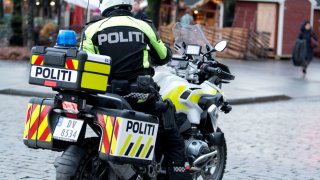 Artikkel / 14 July 2021
Fewer thefts in 2020 – the year of the pandemic
In 2020, a total of 300 600 offences were registered by the police and prosecuting authority, which is 3 per cent less than the year before. The decrease is mainly related to a drop in thefts, but the social implications of the covid-19 pandemic also affected the population's victimization and the registration of other types of offences. 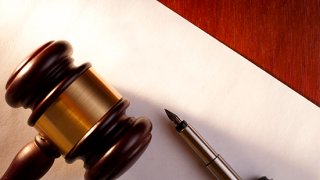 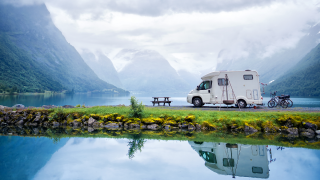 Offences and victims reported to the police
Show offences reported by type of offence, scene of crime and police district
Victimisation and fear of crime, survey on living conditions
About theft, damage to property, violence or threats of violence in a 12-month period.
Penal sanctions
Shows type of sanction and offence, person’s age, sex, place of residence and citizenship
Imprisonments
Describe the scope of imprisonments, and the prison population by age, sex, citizenship and type of offence
Population
The statistics shows the population in Norway, including all counties and municipalities