Increase in waivers of prosecution in 2020

Both the prosecution and the court imposed a normal number of sanctions in 2020. But 76 per cent more conditional waivers of prosecution and half as many on-the-spot customs fines were issued.

A total of almost 294 000 penal sanctions were registered in 2020. The vast majority of the sanctions are made up of the 232 000 on-the-spot fines, which is an increase of 7 per cent from the previous year, the statistics on Sanctions show.

Ticket fines and issued by the prosecuting authority account for a total of 44 700 sanctions in 2020, approximately the same number as in the previous year. In addition, 16 500 sanctions were imposed by the courts, which is a slight decrease of just under 2 per cent. Behind these stable key figures, however, there are some clear breaks in the trends this year, in connection with changes in the population's behaviour and the authorities' use of sanctions because of the pandemic outbreak.

Doubling in conditional waiver of prosecution to adults

For a long time, there has been a steady growth in the use of conditional waivers of prosecution, from less than 2 000 prosecutions conditionally dropped in 2009 to more than 4 000 in 2019. The increase has concerned all age groups, but young people have received the largest proportion throughout the period, and thus most affected by the change.

As shown in Figure 2, the number of prosecutions conditionally dropped increased to almost 7 400 in 2020. However, the sudden increase in such waivers of prosecution does not apply to those under 18, while the number for adults increased from 2 100 the year before to 5 400 in 2020. The special change must be seen in connection with The Director of Public Prosecutions’ temporary «pandemic directive» which came into force from the beginning of March and with some adjustments, throughout the year (see text box).

The Director of Public Prosecutions’ temporary directives for criminal proceedings due to the pandemic situation» also called “the pandemic directive", were first issued on 2 March 2020. The most important guidelines regarding the choice of sanctions are a lower threshold for the use of fines in cases that would otherwise have been subject to conditional imprisonment for up to 45 days, as well as increased use of waiver of prosecution instead of fines. The reason for both points is to reduce the case intake to the courts, as even fines that are not accepted can lead to the case having to go to court.

During 2020, the directives were extended and adjusted on certain points. The most important changes for the choice of sanctions are the wording on the use of waivers of prosecution as an alternative to fines for use-related drug offenses. In the version from 4 April until 29 May this was formulated as an obligation rather than something to be considered.

Fewer punished for drug use

In 2020, there were more conditional waivers of prosecution within all crime groups compared to 2019, but the growth is clearly greatest for drug and alcohol offences, property theft and traffic offenses. Among drug and alcohol offences, narcotic offences account for almost the entire increase in 1 300 conditional waivers of prosecution. This is happening at the same time as a 24 per cent reduction in sanctions where use of narcotics is , following a decrease in reported narcotic offenses at the beginning of the year.

Large differences between the police districts

As shown in Figure 3, the proportion of conditional waivers of prosecution in relation to ticket fines in narcotic cases increased from 16 in 2019 to 38 per cent in 2020. This is a rise by 22 percentage points for the country as a whole. In the police districts of Nordland and Finnmark, however, this growth was only 3 and 4 percentage points. The largest increase was for Sør-Øst and Møre og Romsdal, with 37 and 45 percentage points, respectively.

¹As of 1 January 2020, the regional reform has entailed some adjustments to the borders between a total of seven police districts (see text box).
Source: Sanctions, Statistcs Norway.

The whole of Norway smuggled less

While the number of annual on-the-spot fines for smuggling has increased over a longer period of time, the trend was abruptly reversed in 2020 with a fall of over 10 000 sanctions, 51 per cent less than in 2019. This also corresponds to the entire decline for sanctions with principal offences within in 2020 and must be seen in the context of a sharp reduction in foreign traffic and cross-border trade because of strict travel restrictions.

The decline in other profiteering offenses applies to residents in all the new counties in 2020 compared with similar counties before the regional reform (see text box). In relation to the population, the reduction is greatest for residents in Rogaland, at 60 per cent, followed by Agder and Vestfold og Telemark, both at 50 per cent. The decline is smallest in Oslo, Vestland and Innlandet counties, at between 20 and 25 per cent.

With the regional and municipal reform, Norway went on 1 January 2020 from 18 to 11 counties, and from 422 to 356 municipalities. This poses challenges for the use of a large number of Statistics Norway's statistics. In Statistics Norway's statistics bank tables with county distribution, you can choose to include figures for only new, only old or both old and new counties. The counties with the same name will have time series that extend before and after 2020, although these time series may also contain breaks due to changes in the boundaries between the counties. The same applies to the tables with distributions by police district, where from 1.1.2020 there are some border adjustments between Troms, Nordland, Trøndelag, Møre og Romsdal and Vest - and a more significant expansion in Oslo and reduction in the Sør-Øst police district. See code lists in Klass for an overview of the changes in the correspondences between municipalities, counties and police districts.

In 2020, the increase in on-the-spot traffic fines continued from 2019, and still only for manual controls. The number of on-the-spot fines after automatic traffic control has been reduced by 9 per cent, to 66 200 in 2020. This is the lowest number since 2002. The decrease is in line with the general decline in road traffic in 2020, as reflected in statistics on taxi transport and road traffic volumes. otherwise. The scope of manual road traffic controls is more influenced by the police's resource priorities, and on-the-spot fines in connection with such controls increased by 26 per cent, to 155 000 in 2020. This is the highest number since it became possible in 1997 to separate manual and automatic controls in the registered data.

For final court decisions in 2020, there are 13 per cent more sentences to fines only than in the previous year, and 11 per cent fewer sentences where the entire prison sentence has been made conditional. Sentences to unconditional imprisonment decrease by barely 1 per cent, while community sentences increase by 3 per cent. 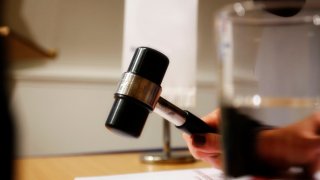 Article / 12 December 2019
Nearly all sanctions are fines
In 2018, the overall decline in sanctions continued, but was less marked than in recent years. Various types of fines continue to dominate the statistics, either individually or in combination with other types of sanctions, and fines make up about 95 per cent of all sanctions. 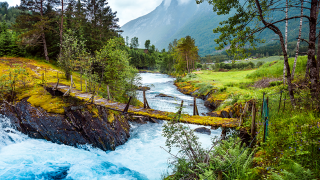 Offences investigated
Shows police decision and persons charged by age, sex, place of residence, citizenship, recidivism and type of offence.
Imprisonments
Describe the scope of imprisonments, and the prison population by age, sex, citizenship and type of offence
Offences and victims reported to the police
Show offences reported by type of offence, scene of crime and police district
Victimisation and fear of crime, survey on living conditions
About theft, damage to property, violence or threats of violence in a 12-month period.