The statistics show the number of naturalisations during a year. The statistics are based on the Population Register Data, and may differ from figures presented by the Directorate of Immigration.

Who is regarded as a resident of Norway and where in Norway a person shall be regarded as a resident, are laid down in Law on Population Registration from 16 January 1970. The regulations of the law have been amended several times, most recently with effect from 1 February 1998. For details about the term resident, read here under the point "Definitions".

Pursuant to the Act on Norwegian nationality of 1 September 2006, it is possible to become a Norwegian citizen automatically, by notification or upon application. The main rule on acquisition upon application is that any person has a right to a Norwegian citizenship if the applicant at the time the administrative decision is made fulfills the following criteria and that the application is not in conflict with the interests of national security or foreign policy:

Other conditions apply for certain other groups, including:

A child who is adopted by a Norwegian national becomes a Norwegian citizen by adoption if:

A person’s age at the time of the naturalisation.

Follows the Standard for Countries and Citizenship in Population Statistics.

This statistic shall, together with other subjects of population statistics, help to show the changes taking place which affects the composition of the population.

Statistics on naturalisations have been published every year since 1977.

The statistics have a broad range of users and applications such as research institutes within demography and living conditions, public administration, press, broadcasting, and private persons.

No external users have access to the statistics and analyses before they are published and accessible simultaneously for all users on ssb.no at 08 am. Prior to this, a minimum of three months advance notice is given in the Statistics Release Calendar. This is one of Statistics Norway’s key principles for ensuring that all users are treated equally.

Migration Statistics giving inter alia migration to/from Norway of foreign citizens in the course of one year can have an effect on the number of Norwegian citizenships awarded seven years later.

In Population Statistics, the number of Norwegian and foreign nationals can be seen in connection with allocations of Norwegian citizenship in the two preceding years. Directorate of Immigration (UDI) has also compiled statistics on granted citizenship for 2020. They published figures in January and have registered 19,469 naturalisations. The difference is for the most due to that Statistics Norway includes delayed messages about the transition to Norwegian citizenship that has not been received by the population register in time to be included in the statistics for the calendar year the event took place.

The statistics for the years from 2002 includes mainly naturalisations that were actually registered annually. Registered transitions from previous years are counted in the statistics for year n if the message came in the period February 1, year n until 31 January year n + 1. This implies a permitted delay of one month.

The statistics for the years 1985-1998 included naturalisations which were registered in that year and also those from the previous year which was registered too late to be included in the survey that year.

Population Statistics includes all residents in Norway. The main rule to be regarded as a resident is that the stay is at least six months' duration even if it is temporary. Likewise shall permanently settlers in Norway with a stay abroad for more than six months not be regarded as residents in Norway. For people from other Nordic countries staying temporarily in Norway and Norwegians staying temporarily in other Nordic countries, this rule is waived. Details about the term residents can be found under the point "Definitions".

The statistics are based on the Population Register.

The Population Register receives information from copies of citizen letters which the Norwegian Directorate of Immigration (UDI) issues. In addition, a person can be granted Norwegian citizenship in the Population Register when a paternity notification or corrections of parenting information makes it clear that they have at least one parent with Norwegian citizenship. The statistics are calculated by counting the number of naturalisations, excluded those caused by delayed paternity notifications.

In addition to controls done in the Population Register, Statistics Norway perform controls for statistical purposes.

The numbers in this production are not seasonally adjusted.

Comparability back to 1977 is good although the scope of the statistics vary somewhat over time. Read more below the point "Production", subpoint "Population". When comparing on a regional level over time one must be aware that municipalities have merged and borders have been regulated in this period. This also applies to changes of citizenship and codes for immigration and emigration countries.

Some errors made during the collecting and processing of the data are unavoidable and include coding, revision and data processing errors etc. Extensive efforts have been made to minimize these errors, and we regard these types of errors to be relatively insignificant.

The quality of the data from the Population Register is generally very good for statistical purposes. Two objections are missing and delayed messages and registration of residence. Delayed notifications cause naturalisations to be registered in the wrong calendar. This becomes less problematic when one adds up numbers for several years. 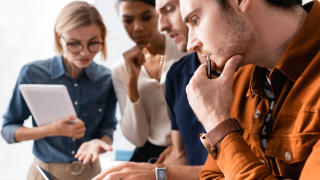 Article / 21 May 2021
Sharp increase in number of naturalisations
There were 19 700 naturalisations during 2020. This constituted an increase of 49 percent from 2019. The increase was most probably related to the change in the Nationality Act, which came into effect 1st of January 2020 and made holding multiple citizenships legal for all citizens.