Immigrants and Norwegian-born to immigrant parents

The statistics show the number of resident immigrants and Norwegian-born to immigrant parents as of 1 January every year.

For more information (in Norwegian), see subchapter 1.4 in this report.

Mainly the mother's place of residence at the time she is giving birth.

Statistics Norway's use of terms in immigrant-related statistics is taken from The Statistical Standard for Classification of Persons by Immigration Background.

The following headings are used for grouping of persons with different immigrant background:

Born in Norway to Norwegian-born Parents

The nation, county, municipality and urban districts of Oslo.

Files with data at the individual level are processed and stored long term.

Together with population statistics in other subject areas, the statistics helps showing changes taking place that affect the composition of the population.

In 1991 the former Ministry of Local Government and Labour (KAD) and Statistics Norway joined forces to prepare statistics on immigrants, giving rise to the Immigrant Statistics Project. Until 1996 the project was headed by a steering committee with participants from KAD, the Norwegian Directorate of Immigration and Statistics Norway.

The statistics have a broad range of users and applications such as research institutes, public administration, press, broadcasting, and private persons.

No external users have access to the statistics and analyses before they are published and accessible simultaneously for all users on ssb.no at 08 am. Prior to this, a minimum of three months advance notice is given in the Statistics Release Calendar. This is one of Statistics Norway’s key principles for ensuring that all users are treated equally.

Statistics on the immigrants and Norwegian-born to immigrant parents show population numbers. The area is clearly connected with migration statistics. Immigration and emigration numbers can be found in the Migration Statistics for each calendar year.

The Quarterly Migration Statistics should also be mentioned. These numbers are provisional, but provide a picture of the changes taking place.

People immigrate on different bases, some are refugees and others have immigrated because of work, education, family

Covers all persons who neither have parents nor grandparents born in Norway registered as a resident of Norway on 1 January (for more about the definition resident, read below the point “Definitions”, here).

Asylum seekers and persons on short-term stays (less than six months) are not registered as residents in the population register and thus not included in the statistics.

The statistics are based on population register data.

The National Population Register was built up from 1964 to 1966 on the basis of the 1960 census, at the same time as the 11-digit national identity number was introduced as identification. The register contained everyone included in the population census and subsequently everyone who has lived in Norway since 1 October 1964. In 1995 the Central Population Register (CPR) at the Directorate of Taxes took over as the official register. The Central Office of the National Registry was transferred from Statistics Norway (SSB) to the Directorate of Taxes in 1991.

The updates in the CPR are done by the local population registry offices and the Tax Administration, and updates SSB’s own population database daily. Before January 1998, updates were done monthly. Before May 1995 SSB received messages on tape.

In addition to the checks made by the CPR, Statistics Norway performs checks for statistical purposes.

The numbers in this production are not seasonally adjusted.

Time: The numbers are comparable from 1995, the first year the statistics were released.

Place: Statistics Norway provides statistics for each municipality. Because the mass is small, numbers are less useful in analyses of the smallest geographical levels.

In many municipalities, particularly the small, numbers can vary widely from year to year, often due to the localization of the reception centers.

Some errors made during the collecting and processing of the data are unavoidable and include coding, data processing errors etc. Extensive efforts have been made to minimize these errors and we regard these types of errors to be relatively insignificant.

Persons without legal residence in Norway are omitted. Estimates of this group's size are very uncertain. The Norwegian Directorate of Immigration and Oxford Research AS estimated in 2014 that between 18,100 and 56,000 people are staying illegally in Norway. More on this (in Norwegian) in Chap. 6 in the report A Marginal Problem?

The quality of the data from the National Population Register is generally very good for statistical purposes. Two objections are nevertheless delayed messages and registration of residence. Delayed messages cause events to be recorded and counted in the wrong calendar year. This becomes less problematic when one adds numbers over several years.

When a person who is registered as resident in Norway will move abroad, he must report the move to the Population Register. Some people fail to do that. 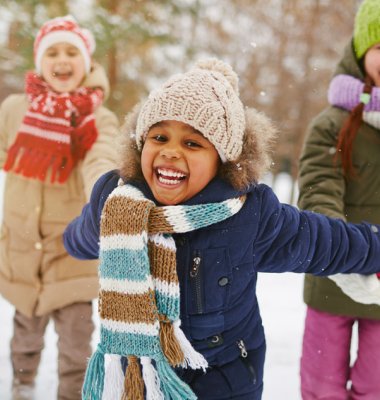