Age affects the choice of subject

Approximately 17 700 participants took part in short courses at folk high schools in 2014, with the majority attending aesthetic subjects and handicraft. Among these participants, eight out of ten were aged 40 years or older. The figures show that the participants’ age affects their choice of subject. 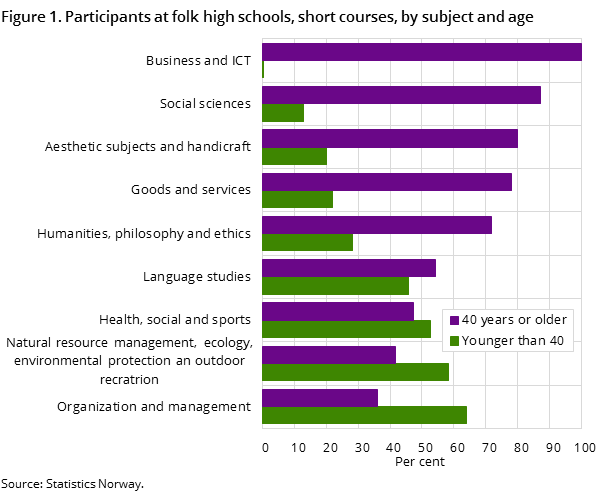 The most popular short courses at folk high schools, among both women and men, were aesthetic subjects and handicraft, which had about 6 300 participants, followed by courses in social sciences; humanities, philosophy and ethics; and health, social and sports subjects. The age of participants seems to affect the choice of subject. For example, 64 per cent of those who chose courses related to organisation and management are younger participants (16-39 years), while all participants on business and ICT courses are aged 40 years or over.

With respect to age and gender, the largest group of short course participants is made up of women within the age group 50 years and over – 36 per cent. There are also many male participants in the same age group – about 20 per cent, but their numbers have decreased by 800 over the last two years. At the same time, there has been a slight reduction in male participants as a whole.