The statistics show the price level of household payments for kindergarten. They give a snapshot of how much it costs on average to have a child in kindergarten in Norway in January 2020, including free places, food fees and other fees. Aggregated to municipal and national level.

Free place: A free place in a kindergarten. May be given on various grounds.

Maximum fee: The government sets the highest fee a household should pay for one kindergarten place.

Additional fees: Fees for different activities, travel, and events that in some cases may arise in addition to the kindergarten fee and cost fee.

Classification on municipal and national level

The survey results are published at municipality- and national level.

Timeliness: Statistics based on January figures are published approximately three months after time of measurement.

Data at micro level are stored in excel and in SAS dataset on LINUX.

The purpose of this statistic is to map the average household payment for kindergarten. The survey was first established in 1992 on assignment from the Ministry of Children and Family Affairs (now Ministry of Education and Research). The survey is compiled on the basis of data collected in January each year. As of January 2003 the variables are weighted aggregations of public and private kindergartens. Numbers published in the series "Notater" including August 2002 consisted only of unweighted average numbers. As of January 2003 we no longer made a division between private kindergartens which receive municipal subsidy and the ones that do not. In 2007, the survey underwent a considerable change where electronic data opened for reporting from all municipalities through KOSTRA. The questionnaire was expanded in 2007 to include more questions concerning additional fees and rate reductions in the public kindergartens. Questionnaires to the private kindergartens were also somewhat equally expanded. From 2016, the data source changed from KOSTRA to BASIL. As a concequence of this, we now get self-reported data from all kindergartens, as well as from all municipalities.

The survey is used to assess the price leve of housholds payment for kindergatens, though mainly by the Norwegian Directorate for Education and Training, and by some of the municipalities.

A report is compiled to the Norwegian Directorate for Education and Training based on the same data material as the survey. The same datamaterial is also included in the consumer price index.

The survey includes all municipalities and all kindergartens in Norway.

Electronic surveys through BASIL for all registered kindergartens in Norway, as well as for all municipalities.

Both the municipalities and the kindergartens report on an electronic survey through BASIL. They report annually, with a deadline in January.

Revision is performed in SAS for both municipal and private kindergartens. The data is controlled towards last surveys answers to enable us to capture deviations. Internet is used as a source or the private kindergarten is contacted to correct logical errors, or to check for major deviation.

We calculate an average monthly household payment per child from the data that we receive. We use data on household income, how many children get sibling moderation, free places, local maximum fees, cost fees, and other fees.

The use of data are in correspondance with the requirements from The Norwegian Data Protection Authorities. The information will be stored or properly annihilated.

Houshold payments in the public kindergartens are comparable from 1992 to 2007 on municipality level. The aggregated levels are not comparable due to the introduction of weights in January 2003. From January 2017, former time series were cancelled, as the establishment of income graded fees nationally made point estimates less interesting.

Individual errors may arise from individual reporters understand the questions differently, or when we have partial nonreporting from kindergartens. In some cases, this is difficult to discover during data revision, while in other cases, we are able to discover it through logical tests and large changes from previous years. We do not, however, have any indication that we have a systematic problem in this regard. 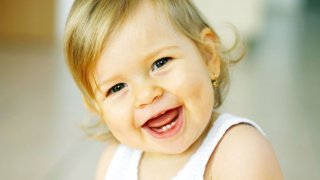 Kindergartens
Provides information about the status of kindergartens and employees in kindergartens.
Child welfare
The statistics provide figures on the Child Welfare Services.