From 2015 the statistics is published with Family counselling service.

More than 19 600 mediations for parents were completed in 2013; a decrease of nearly 4 per cent from the previous year. For the family counselling offices, this represents an increase of 3 per cent. For external mediators, however, there was a decrease of 27 per cent in the number of mediations. 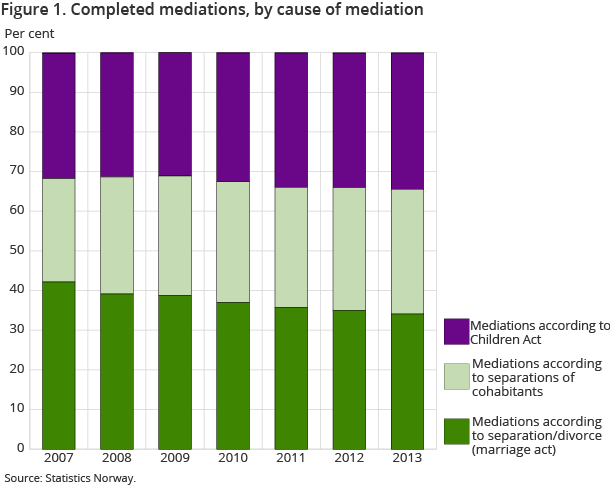 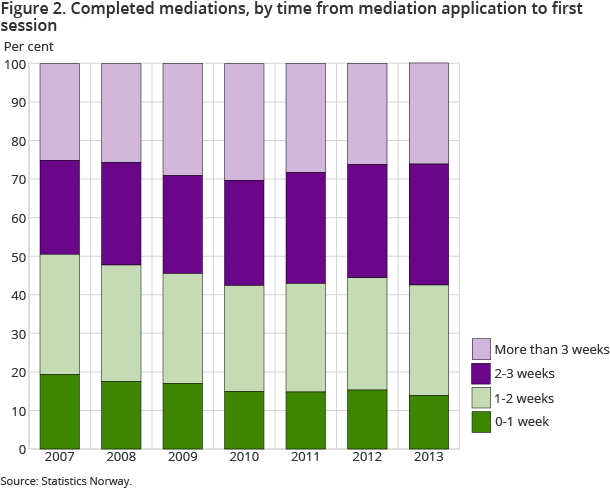 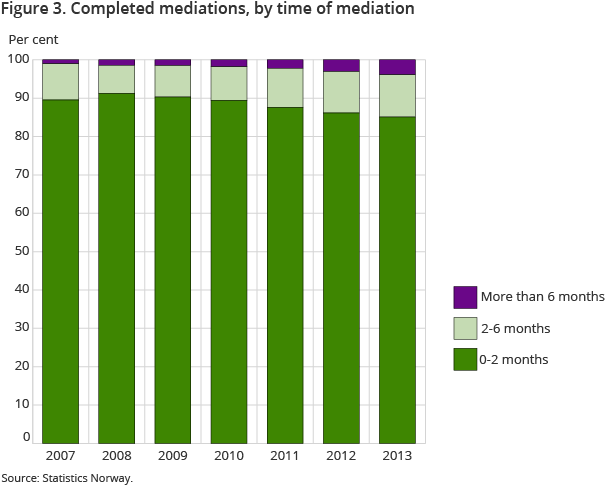 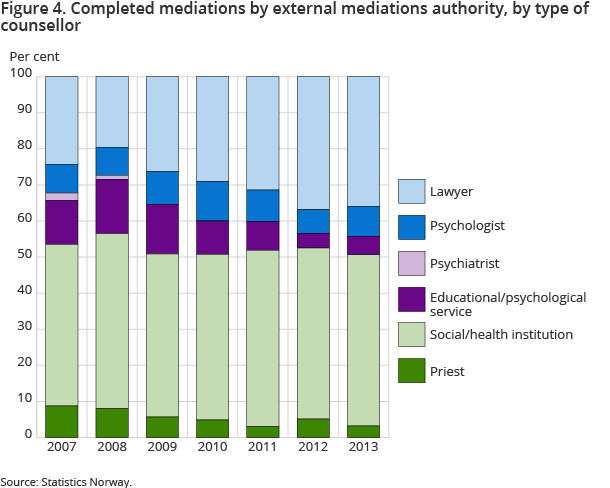 In 2013, 14 per cent of the cases started within a week of the client contacting the family counselling service; a decrease of 1 percentage point from the year before. As the year before, twenty-nine per cent started during the second week. Mediation cases with a waiting time of two to three weeks represents 31 per cent of all mediations in 2013. This means that the proportion that waited between two and three weeks to start their mediation case increased by 2 percentage points compared to the previous year. The proportion of mediation cases with a waiting time of more than three weeks was, however, unchanged at 26 per cent in 2013.

…and some increase in the duration

Substantial reduction in the use of external mediators

The Family Counselling Service does not have the capacity to carry out all mediation cases by the family counselling offices. This is related to geographic and demographic conditions. However, a governing parameter was recently introduced in Bufetat, whereby family offices should conduct at least 75 per cent of all mediation cases. The reduction in the use of external mediators should be seen in light of this. In 2013, 83 per cent of all mediations were conducted by family offices. Thus, "the minimum requirement" of 75 per cent is met.

For "Private practice psychologists" and “Pedagogic or psychiatric services", on the other hand, there was an increase in the same period of one percentage point for each of the categories.

The statistics is published with Family counselling service.

For more figures on mediations by region, mediation authority and cause of mediation, go to  StatBank .