Mainland Norway’s GDP fell 0.5 per cent in February, adjusted for normal seasonal fluctuations. The infection rates increased in the new year, and both local and national infection control measures introduced in January continued into February.

New figures from the national accounts shows that the decline in gross domestic product (GDP) in January continued into February. In January, local and national infection control measures were tightened, which especially affected service industries within transport activities excluding ocean transport, accommodation and food service activities, as well as arts, entertainment and other service activities. The decline continued into February, but not with the same strength as in January. The activity in these industries has declined with the increasing infection control measures throughout the winter and is approaching levels we saw last spring.

− Since infection rates increased in the fall, we have seen a relatively flat development in GDP for Mainland Norway. With the decreased activity in January, the last figures from the national accounts indicate a weaker development in the Norwegian economy after the turn of the year, says senior adviser at the National Accounts, Achraf Bougroug.

Weaker growth at the beginning of the year

New calculations of value added tax among other things has resulted in an upward revision of the activity level in December, and a downward revision in January. The previous publication of the national accounts showed a 0.2 per cent decline in GDP Mainland Norway, the revised figures show a 0.8 per cent decline.

− National Accounts figures are more uncertain than usual under the corona pandemic. New information and changed calculations of the value added tax leads to an upward revision of the estimates for GDP Mainland Norway in December, and a downward revision in January, says Bougroug.

The decline in February was broad and covered several industries, both within production of goods and services. Other good production contributed the most to the decline, with lower activity in construction among other things.

Manufacturing fell 1.7 per cent, which is mainly due to lower activity in food products, beverages and tobacco, as well as refined petroleum, chemical and pharmaceutical products. The decline follows a strong growth from the previous month. Manufacturing has picked up the fall from the previous year during the fall and winter. In January and February, manufacturing approached the same levels as in February 2020, which is the last month before the outbreak of the corona pandemic.

Value added in general government was almost unchanged from January to February.

Gross fixed capital formation increased 0.1 per cent in the period December-February compared to the previous three-month period. The three-month growth in housing investment was 1.2 per cent in February.

For gross fixed capital formation there is generally weak access to sound monthly information. For petroleum investments, investments in manufacturing, mining and power supply, information on planned investments as reported by the companies has been used.

Exports increased by 0.1 per cent in February and were primarily pulled up by the export of ships and boats. Exports of traditional goods fell 0.7 per cent, where refined oil products and electricity among other things contributed to the decline.

Exports of traditional goods recovered during the summer and fall, and reached a temporary peak in December. Fish, fish products and farmed fish were among the goods that contributed to the growth. This is most likely related to the increased activity aquaculture and the fishing industry as a whole.

Imports of goods and services was unchanged from January to February. The import of crude oil decreased and contributed most to pull down the growth. Imports of traditional goods increased by 1.2 per cent, where engine fuel and metals contributed to the growth.

In connection with new monthly figures, there will be revisions. The statistics used will not normally change backwards, but seasonally adjusted series can still be affected. This is a consequence of the fact that the basis for the seasonal adjustment changes when new periods are added. The National Accounts recently published an article on the revisions in the monthly national accounts.

In the current situation, the uncertainty is greater than normal. Revisions are therefor to be expected, also due to potential changes in the background data for previously published months.

In this publication the estimates of value added tax have been revised back to January 2020. This has only led to changes in GDP at market prices and not at basic prices.

The seasonal adjustment routine has been adjusted during the Corona-crisis

Thursday 12th of March 2020 the Norwegian government introduced actions against the spreading of the Corona-virus in Norway. The seasonal adjustment routine during the Corona- crisis is done in such a way that the figures from the start of and during the crisis (from March), are not included in the calculation of the seasonal pattern. Technically, in the seasonal adjustment routine, this is done by specifying March and following months as outliers.

The seasonal adjustment routine of Statics Norway is in line with the recommendations of Eurostat. 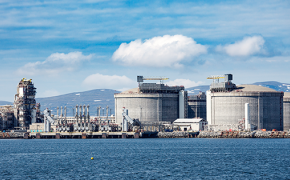 Norwegian manufacturing output saw a minor fall of 0.4 per cent from January to February 2021, according to seasonally adjusted figures. The decline comes after a high activity level in January. For the period December 2020- February 2021 there was an increase of 2.6 per cent compared with the previous three-month period. 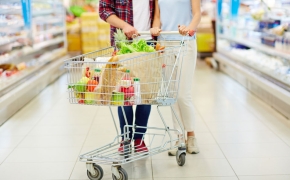 The seasonally-adjusted volume index of retail sales decreased by 0.3 percent from January to February 2021. This follows a decrease of 0.1 percent from December 2020 to January 2021. 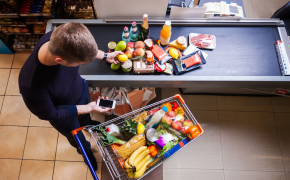 CPI up in February