Final National Accounts for Norway 2018 for production and value added

2018 was a good year for the Norwegian Economy. The Gross Domestic Product (GDP) for Mainland Norway grew by 2.2 per cent from the previous year, in line with preliminary estimates published in February 2019. Final figures have not changed the overall macroeconomic picture of the Norwegian economy but provide more information about the annual economic development on a more detailed level.

The Norwegian Economy was in a period of growth in 2018, following a downturn that lasted until the second half of 2016. The annual growth in 2018 was the strongest seen in Norway since 2014. GDP for Mainland Norway in fixed prices rose by 2.2 per cent, around the same level as current projections for 2019, currently estimated at 2.3 per cent.

Total GDP, where the oil extraction industry, pipeline transportation and ocean transport is included, grew at a slower rate, at 1.1 per cent from 2017. Final GDP is 0.2 percentage points lower than preliminary estimates. The revision is caused by a downward adjustment in value added for the oil extraction industry, as a result of higher intermediate consumption than previously estimated.

While the big picture saw small revisions measured in fixed prices, the growth is somewhat adjusted upwards in current prices. This is particularly true for Mainland Norway, and the GDP price deflator is correspondingly larger than preliminary estimates.

Main features of the Norwegian Economy in 2018

The annual economic growth in 2018 was broadly based. Value added increased for both manufacturing and mining, and the service industry, with strong growth in retail trade, transportation, telecommunication and ICT services. Agriculture however, experienced a bad year due to drought during the summer, but 2018 was a good year for fisheries and aquaculture.

Both the service industry and manufacturing grew by 0.9 percentage points more than preliminary estimates in 2018. Final annual growth was 3.5 per cent for services and 1.8 per cent for manufacturing. Production of other goods is adjusted downwards 0.9 percentage points, which gave a final growth of 1.2 per cent. The revision is primarily caused by a downward adjustment in construction, which in turn is a result of downward adjustment of investments in commercial buildings.

The value added for the oil extraction industry decreased in 2018. The primary cause was lower production as a natural consequence of more fields reaching maturity, with no new major fields developed until the very end of the year. Intermediate consumption was also higher than previously estimated. As a result, final value added is 1.5 percentage points lower than projected. Measured in fixed prices, the value added for oil extraction saw an annual decline of 5.4 per cent in 2018. Average oil prices grew in 2018, thus in current prices the annual growth rate was 24.6 per cent.

Final figures showed a volume growth in gross fixed capital formation for Mainland Norway of 1.5 per cent from 2017 to 2018, down from 3 per cent in preliminary estimates. While this is a significant downward adjustment, the revision is of a comparable size to those seen in previous years. Gross fixed capital formation for the oil extraction industry grew for the first time since oil prices dropped significantly in 2014, at 0.7 per cent annual volume growth. Preliminary figures show further growth in 2019, estimated at 12.5 per cent. Housing investment, on the other hand, fell by 6.5 per cent in 2018, after an annual increase of roughly 7 per cent since 2010.

Measured in current prices there was little growth in general government final consumption, but the distribution of volume and price changes is calculated with more detailed specifications. Final government consumption grew by 0.5 per cent from 2017 to 2018, adjusted downward from 1.4 per cent in preliminary figures.

Total exports saw an annual decrease in volume of 1.2 per cent in 2018. This was primarily caused by a downturn in petroleum exports. Exports of traditional goods and services grew by 1.5 and 2.4 per cent in 2018, respectively, compared with a 1.7 and -2.1 per cent change in 2017. Consequently, there is a considerable improvement overall as exports of goods and services are of roughly equivalent size. The annual volume growth in total exports is adjusted downward by 1 percentage point as compared with preliminary figures, which is caused by revisions in exports of services.

Total imports increased by 1.4 per cent in 2018, driven by growth in imports of goods. Annual growth in volume is also adjusted downward, by around 0.5 percentage points in final figures, compared to preliminary estimates.

The final National Accounts are based on a comprehensive collection of data for different parts of the Norwegian economy. Much of the source material is administrative information collected for other purposes, such as taxation data derived from business tax returns. This material is only available around 14 months after the end of the given financial year. To ensure that users have access to preliminary data about economic developments in Norway before final National Accounts are available, preliminary National Accounts are made in a continuous cycle of revisions and publications. Revisions will occur as the source material gradually becomes more complete.

Preliminary National Accounts are developed using other, often more condensed methods than final figures, to ensure, among other things, effective and reliable calculations for those parts of the economy where statistical sources are lacking in the short run. One goal of the preliminary calculations is to project levels and growth in the final figures as early as possible. This is achieved by estimating the development in different accounting figures using indicators. Helliesen (2019) summarizes the accuracy of preliminary figures, showing that since the 1990s, revisions have been relatively small.

The extent of the revisions from preliminary estimates to final figures in 2018 have generally been in line with earlier years. An exception is the annual growth in final consumption, production and value added in the general government. The preliminary figures, measured in current prices, are not revised to a significant degree, but the distribution of growth in price and volume is changed. Thus, the volume growth is adjusted downward. 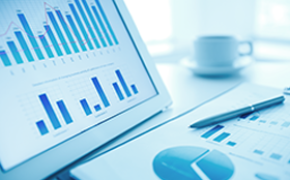 Seasonally adjusted figures from the national accounts show that Mainland Norway's GDP rose 0,6 per cent in September, making it the fifth consecutive estimation of monthly growth. The level of activity in September was still close to 3 per cent lower than in February. Q3 2020 showed a growth of 5,2 per cent. 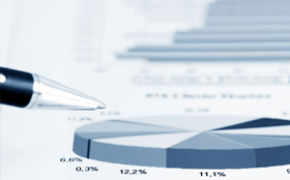