Total investments in 2013 are expected to remain at the same level as in 2012. However, the estimate for 2014 shows moderate growth next year. Very high results for transmission and distribution of electricity explain this rise. 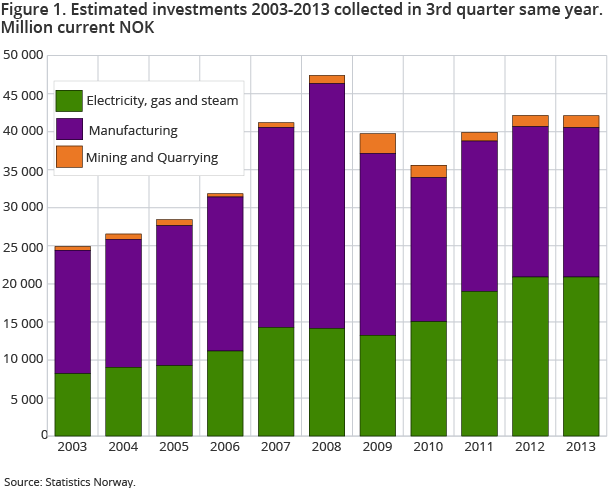 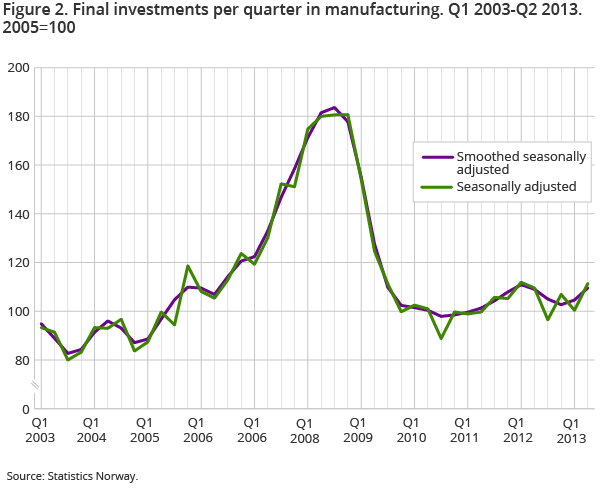 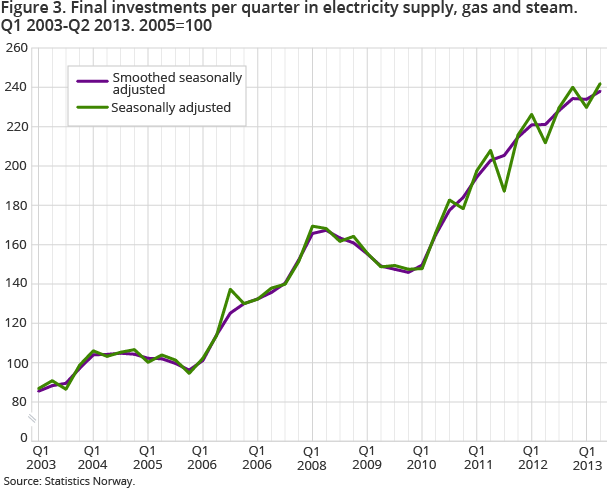 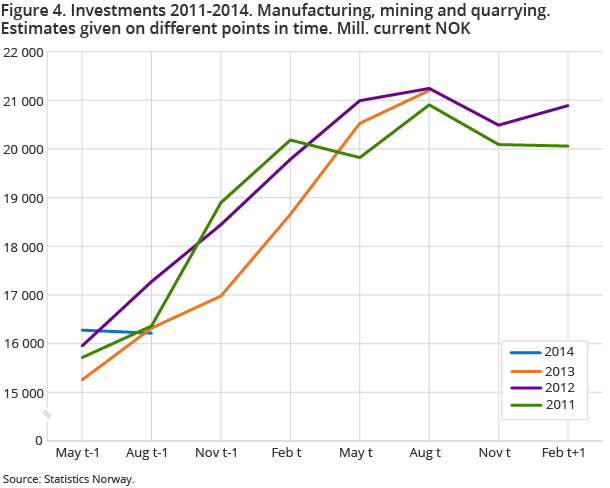 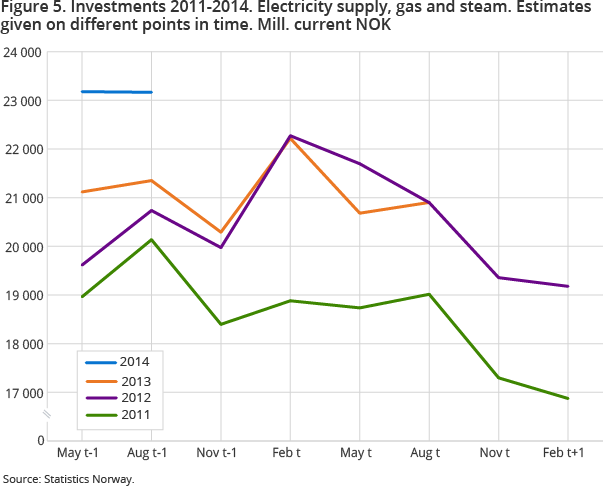 New estimates for 2013 show that total investments covering manufacturing, mining & quarrying and electricity supply are expected to amount to NOK 42.1 billion, measured in current value. This result is more or less identical to the corresponding figure for 2012. The estimate for 2014 is 5 per cent higher than the corresponding figure for 2013. The prospect of a further increase in investments within transmission and distribution of electricity is the main reason for this growth.