Statistics from the Population and housing census 2011 to continue

In 2011, a population and housing census was conducted without a questionnaire for the first time. Instead, data was taken from registers in other government agencies, such as the Norwegian Tax Administration, the Norwegian Mapping Authority and NAV. The statistics for households and dwellings that are based on registers have now been harmonised. As a result, many of the statistics from the Population and housing census 2011 can be published annually. 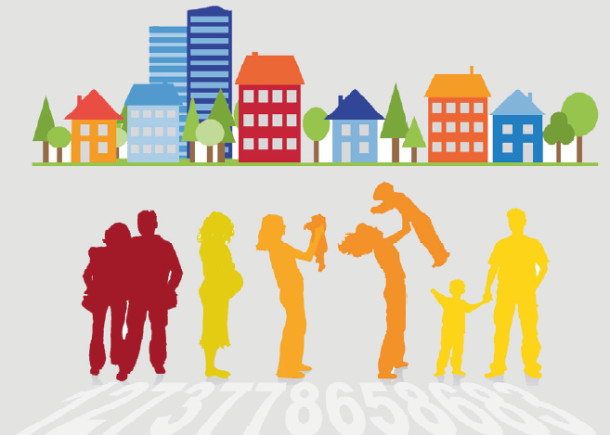 The population and housing censuses collect statistics on various social conditions in Norway. They contain information about the composition of the population, families and households, employment and housing. A total of 22 nationwide censuses have been conducted in Norway, the first of which was in 1769 and the most recent in 2011.

A distinction has been made between the types of settlement known as densely and sparsely populated areas in Statistics Norway since the 1960 census.

The Population and housing census 2011 only includes persons registered as resident in Norway, including those who live on Svalbard. The Svalbard statistics, however, include not only residents in the Norwegian settlements, but also those in the Russian and Polish settlements. The census will therefore show a lower number of residents on Svalbard.

The register-based employment statistics have evolved from the employee statistics, which were first published in 1983.

In connection with the Population and housing census 2001, the employee statistics were developed into complete employment statistics. As from the release in 2001, the statistics have contained both employees and the self-employed.

Data on education from universities and university colleges is combined with education data from other types of educational institutions, and is included in the National Education Database (NUDB).

The annual statistics on dwellings that have been released up to 2011 only give figures for dwellings in total. Compared with these statistics, the dwelling figures in the Population and housing census 2011 were revised up by 48 600.

Statistics Norway currently has no statistics that are directly comparable with the income statistics from the population and housing census. Please refer, therefore, to similar statistics.

Income and wealth statistics for households were a representative sample survey that was conducted annually from 1986 to 2004. Since 2005, households have been obtained using register data. This means that full-coverage income statistics can be presented at the household level.

Most countries in the world conduct censuses, but the way they are conducted varies. Nevertheless, the results still need to be comparable, which means that much of the information collected is the same. The Eurostat (statistical office of the European Union) website provides comparable statistics from the population and housing censuses for EU and EFTA countries.

The next census in Norway is due to take place in 2011, with a census date of 19 November. For the first time ever, no questionnaire will be used in the census. Instead, data that is collected by other authorities will be used, thus saving society both time and money.

Most countries in the world conduct censuses, but the way they carry them out differs from country to country. Nevertheless, it is important that the results can be compared. The bulk of the information that is collected is therefore the same, although there are some variations here too.

Towards register-based census step by step