A small decrease in export price of fresh salmon

In the period January 20th – January 26th the export price of fresh salmon came to NOK 75.53 per kilo, down 1.1 per cent compared to the previous seven-day period. 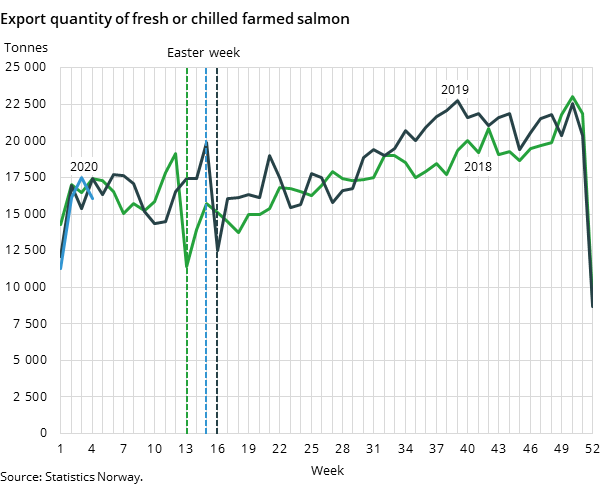