Norway spends the most on the little ones

The annual costs per child in kindergarten is greater in Norway than in the other Nordic countries. Finland spends the least, but the OECD average is far less.

Norway spent 2.0 per cent of the gross domestic product (GDP) on kindergartens in 2015. This amounts to 18 500 dollars per child, the highest expenditure among the Nordic countries.

1 Year of reference is 2014. Public institutions only.

Figure 1. Annual expenditure (in USD) per child in kindergarten (ISCED 0) in Nordic countries. 2015

Differences in structure and reporting

The report series Education at a Glance published by the OECD considers several different education related subjects, from kindergarten to higher education. The report is published annually and figures from the different member and partner countries are compared and discussed, as well as seen in an international perspective. Several aspects of education are included, such as figures on earnings by educational attainment in different countries, financing of education, students and pupils on different educational levels and on the transition between education and work. Data and figures from Education at a Glance are used in this article to consider different aspects of the first step on the educational ladder in the Nordic countries – kindergartens.

The kindergarten level in this article is defined to be all programmes which fall in under ISCED 0. That is, there are requirements to the teaching staff, and learning takes place through organized activities and through interaction between children. The level may be divided in to sublevels, ISCED 01 and 02, known as Early childhood educational development programmes and Pre-primary education respectively. These are typically aimed at children aged 0–2 years (ISCED 01) and 3–5 years (ISCED 02). The Nordic countries do not have a clear separation between education and care in kindergartens for the youngest and the oldest children; we have so-called integrated systems which follow the children from age 0 until they start school.

Figure 2. Proportion of children in kindergartens (ISCED 0), in different types of programmes in Nordic countries. 2015

All the Nordic countries have ISCED 0 programmes, but organisation and duration of the programmes varies between the countries. In international reporting, each country determines which programmes meet the requirements of being an ISCED 0 programme, and which programmes do not. For instance, the socalled familjdaghem is not included in ISCED 0 in Sweden, while familiebarnehager and dagpleije are included as an ISCED 0 programme in Norway and Denmark respectively. There are also differences in the way staff is reported, and to what degree all programmes are covered by public funds. These differences make it challenging to compare the figures for the different countries. The beforementioned structural aspects, combined with differences in reporting practices will affect the statistics and indicators on ISCED 0 and kindergartens in Education at a Glance. This article aims to look more closely at some of these differences.

ISCED 01 – Early childhood educational development programmes – are typically aimed at children under 3 years old. The learning environment is visually stimulating and language-rich. These programmes foster self-expression, with an emphasis on language acquisition and the use of language for meaningful communication. There are opportunities for active play, so that children can exercise their coordination and motor skills under supervision and through interaction with staff.

ISCED 02 – Pre-primary education – is aimed at children in the years immediately prior to starting compulsory schooling, typically aged between 3 and 5 years. Through interaction with peers and educators, children improve their use of language and their social skills, start to develop logical and reasoning skills, and talk through their thought processes. They are also introduced to alphabetical and mathematical concepts, encouraged to explore their surrounding world and environment. Supervised gross motor activities (i.e. physical exercise through games and other activities) and play-based activities can be used as learning opportunities to promote social interactions with peers and to develop skills, autonomy and school readiness.

Start of school for 6-year-olds?

The age at which children start school and the type of institution differ between our neighboring countries. In Norway, Denmark and Iceland, school starts at age 6, while children in Finland and Sweden start at age 7. However, Finland implemented compulsory pre-school for all six-year-olds in 2015, and Sweden did the same from the school year 2018–2019. In Sweden, pre-school is primarily held in primary schools, while in Finland pre-school is most frequently held in the kindergarten institutions. As pre-school programmes in Finland and Sweden are ISCED 0 programmes, these are included in the figures we consider in this article (see figure 1). In contrast, Denmark excludes the pre-school programmes (grade 0) because they are part of ISCED 1.

Shorter parental leave in some countries may cause children to start in ISCED 0 programmes at a younger age than in other countries. An early start in ISCED 0 may result in high participation rates among the youngest children. The parental leave in Denmark is considerably shorter than in Norway and Sweden, with four months compared to approximately twelve months. As a consequence, the proportion of younger children in ISCED 0 programmes is higher in Denmark than in Norway and Sweden. In some countries, Norway included, parents have the option to apply for cash-for-care benefits, meaning that parents may stay at home with their young children and receive subsidies from the government to do so. The low proportion of 0–2-year-olds participating in ISCED 0 in Finland may be influenced by the Finnish government offering such subsidies to parents with children younger than 3 years.

More young children in kindergartens in Denmark and Norway

Figure 3. Proportion of children in kindergartens (ISCED 0), by age in Nordic countries. 2016

In both Denmark and Norway about 40 per cent of children aged 0–1 years participated in an ISCED 0 programme in 2016. This was about 15–20 percentage points more than in Sweden, Iceland and Finland. As previously mentioned, participation in ISCED 0 programmes may be affected by the duration of parental leave in the different Nordic countries, and this has a great impact on the 0-year-olds.

Public sources cover most of the costs

Figure 4. Proportion of expenditure from public sources on early childhood education and care (ISCED 01 and ISCED 02) in Nordic¹ countries. 2015

Are there differences in the children-to-staff ratio?

Figure 5. Ratio of children to teaching staff and children to contact staff in Nordic countries¹. 2016

Most kindergarten teachers with master’s and doctorate degrees in Finland

Many children in the Nordic countries attend kindergartens

There may be multiple reasons for the differences in participation rate, expenditure, staff and the educational attainment of staff in the Nordic countries. The countries have different systems for parental leave and cash-for-care benefits, but differences in structure and classification of ISCED 0 programmes, as well as the availability of other child-care alternatives make the comparison between the Nordic countries challenging. 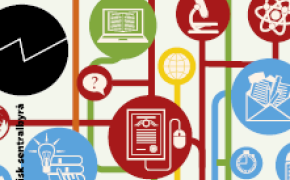 Facts about education in Norway 2019

Where in the country do most children go to kindergarten, and what line of study is most popular at the moment? The Facts about education publication includes most of the figures on education in Norway – from kindergarten to university.