Results from the OECD Survey of Adult Skills (PIAAC) show that Norway is one of four countries where the skills of the adult population are above the OECD average in literacy , numeracy and problem solving in a technology-rich environment . The three other countries that this applies to are Finland, Sweden and the Netherlands. Japanese adults have the highest mean scores in literacy and numeracy, followed by Finnish adults. The lowest scores are found in Italy and Spain. In problem solving in a technology-rich environment, the largest and smallest shares in the two highest proficiency levels are found in Sweden and Poland respectively. France, Italy, Cyprus and Spain have not carried out the computer-based problem solving assessment, and thus we do not know how adults in these countries score in this skill domain.

Lower proficiency among the oldest 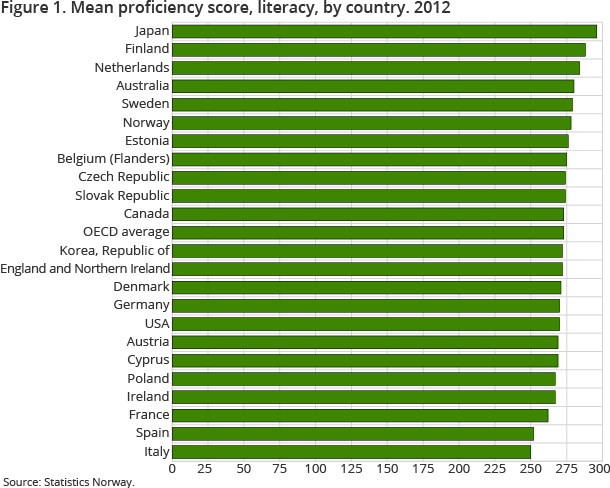 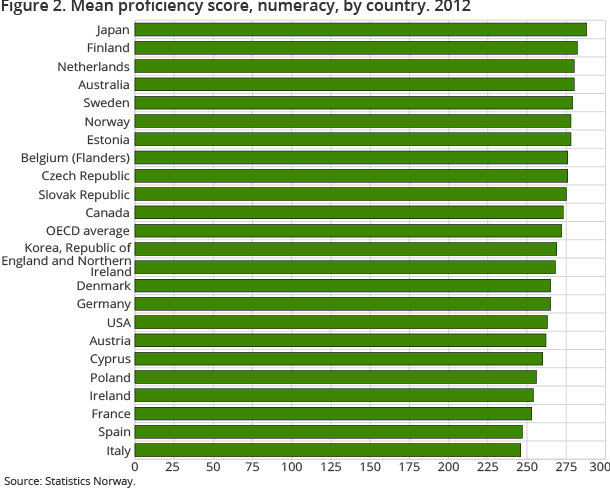 People born in Norway have higher skill levels in literacy, numeracy and problem solving than those who have immigrated. This is not unexpected, as all three assessments are in Norwegian. While four in ten immigrants are proficient on level 1 or below in both literacy and numeracy, the same is true for one in ten Norwegian-born. Swedish and Danish immigrants have higher proficiency scores in literacy and numeracy than immigrants from other countries.