Close to 15 750 degree students from Norway were studying in higher education abroad in autumn 2016, nearly 1 000 fewer than the year before. The United Kingdom and Denmark have attracted the most students from Norway for a number of years, but both countries were facing the largest decreases from 2015 to 2016.

United Kingdom and Denmark attract the most students

Australia attracted around 3 000 degree students from Norway every year in the early 2000s, and was the most popular study destination during the period 2001-2003. In 2016, only 700 students from Norway were studying for their degree in Australia – the lowest number in more than 20 years.

Ireland and Hungary are most popular among women

Students abroad choose different fields of education to students in Norway. Among degree students abroad in 2016, three out of ten were enrolled in health, welfare and sport. Another 20 per cent of the students abroad were participating in social sciences and law, and in business and administration.

Degree students abroad in business and administration are mainly in Nordic countries and English speaking countries. 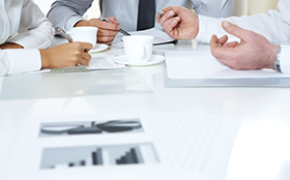