Among work outside ordinary hours, it is most common to work Saturdays, followed by evenings. Then follows Sundays and, lastly, nights. Most employees working outside ordinary hours have a contract that combines several of these working time schedules. The most common combination is working on Saturdays, Sundays, evenings and nights. Thereafter follows a combination of Saturday, Sunday and evening work. A total of 18 per cent of the employees in 2016 worked one of these two combinations. 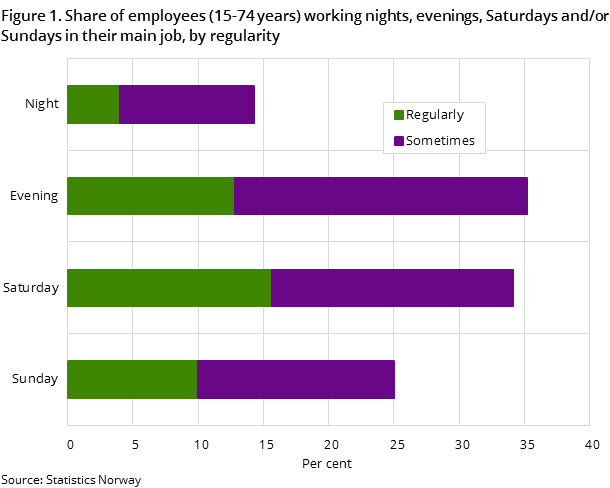 In 2016, 1 665 000 employees mainly worked within the time span Monday-Friday from 6 am to 6 pm. The remaining 798 000 employees (also) worked regularly outside ordinary hours in their main job – corresponding to 32 per cent of all employees. The share of employees with this kind of work has remained fairly stable at 30 per cent plus in the period 2009-2016. Looking at women and men separately, the shares have also been stable in this period – but it is higher among women than among men. In 2016, 35 per cent of female employees had this kind of work, compared with 30 per cent of men. The gender disparity with regard to work outside ordinary hours is related to the fact that this kind of work is common in health and social service activities – where women are strongly overrepresented. 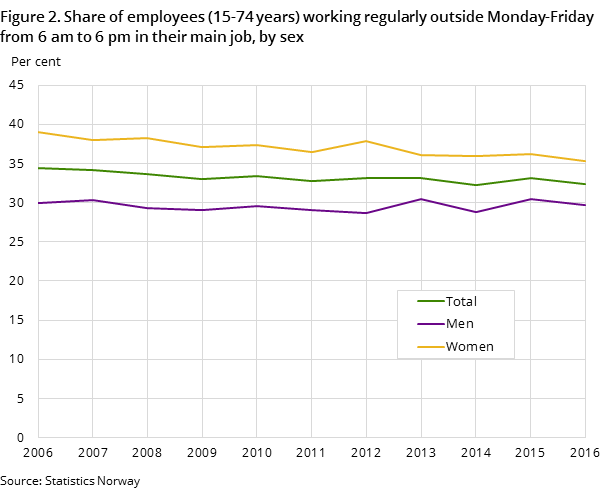 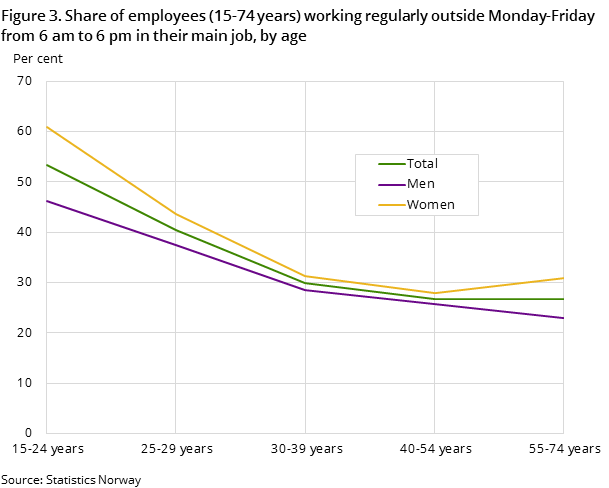 Over half of young people work outside ordinary hours

Work outside Monday-Friday from 6 am to 6 pm is more widespread among young people. In 2016, 53 per cent of employees aged 15-24 worked regularly outside ordinary hours. The employees in this age group often work in the evening and/or on a Saturday. These are common working time schedules in domestic trade, where young people are strongly overrepresented. Working during these hours can be a practical way of combining work with school or studying, something that is quite common in Norway. 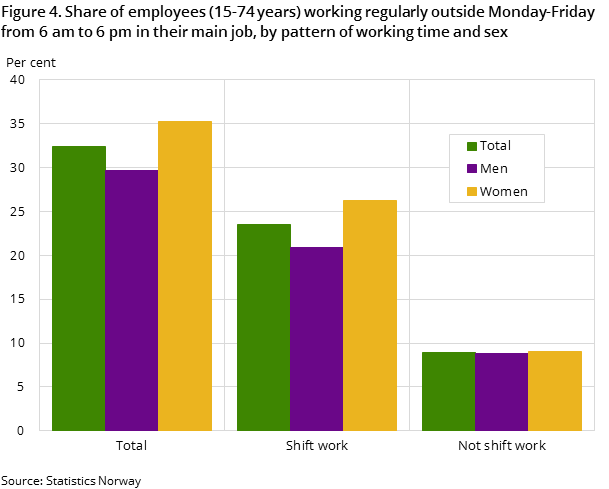 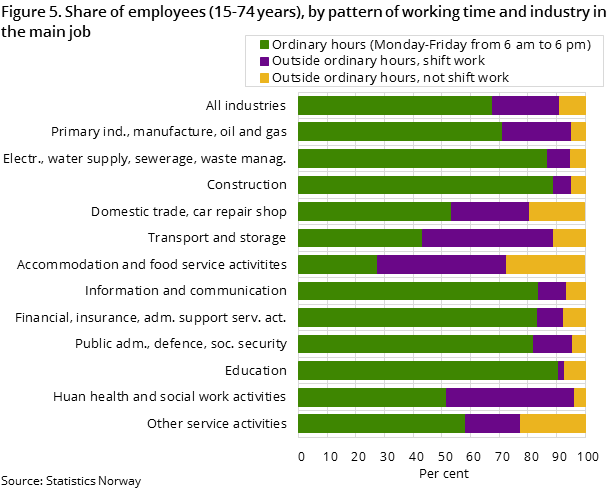