This statistics has been discontinued. Consult the statistics Domestic transport performances and Rail transport, together with The Norwegian government’s agency for railway services, NSB Group, Norwegian Railway Authority and The Worldwide Railway Organisation (UIC). 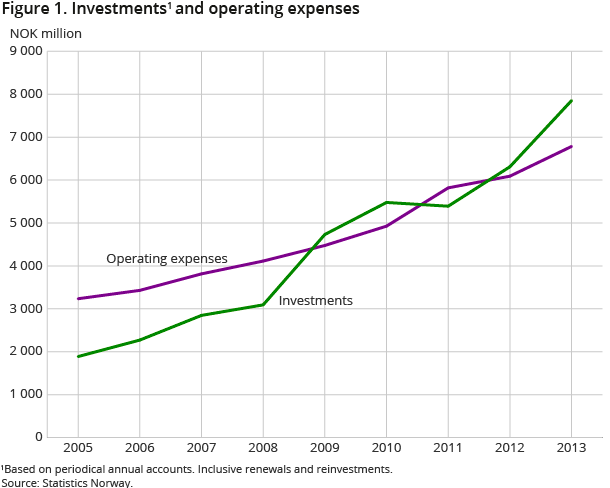 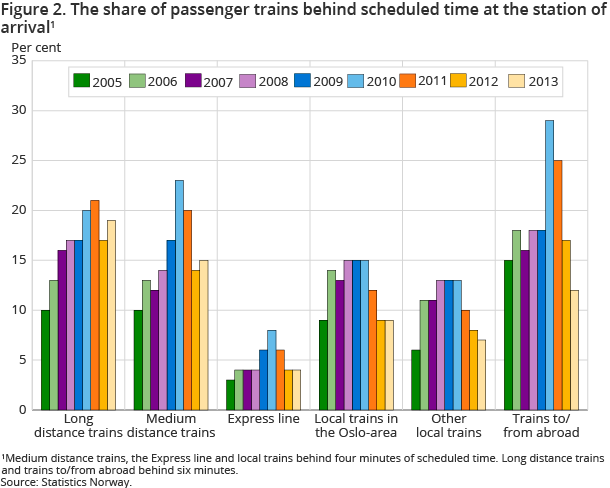 Following a particularly low number of hours of dead time for both passenger and goods trains in 2012 due to incidents related to infrastructure and other conditions, 2013 was “back to normal” with 10 565 hours of dead time. This was an increase of 2 100 hours compared to 2012. The Norwegian National Rail Administration´s explanation is weather conditions and the consequences therein. The Dovre line was particularly affected due to heavy rain and flooding.

Railway transport is a secure mode of transport. The yearly average killed in such accidents over the last 20 years has gradually decreased, and constituted 5.3 persons in 2013. The government’s target was 5.6.

Though rail is a secure means of transport for people, a lot of animals are killed by trains. More than 2 000 animals are killed in such accidents every year. In 2013, almost 800 moose were killed, of which 60 per cent were on the Nordland and Røros lines.

The statistics show minor changes in the number of kilometres of main line in Norway in recent years. In the period 2008-2013, the kilometres of main line increased by 110, or 2.7 per cent. Though the extent of double tracks was expanded by 9 per cent to 246 kilometres in this time period, the share of such tracks has still not passed 6 per cent (5.8). This presents a challenge to conducting the traffic in a smooth manner, especially for the transport of goods. Lengthening of existing passing loops is an important measure for increasing capacity. By the end of 2008 there were 330 passing loops in total, of which 133 were longer than 600 metres. Five years later, the corresponding figures were 329 and 141 respectively.

Also find statistics about the quality of the track, number of stations, platforms, tunnels and bridges.

The statistics give an overview of the amount of resources the Norwegian National Rail Administration spends on administrating the infrastructure, the operational management of trains and assigning routes, and the results of the effort.