As from 2015 the statistics is published with Social assistance. 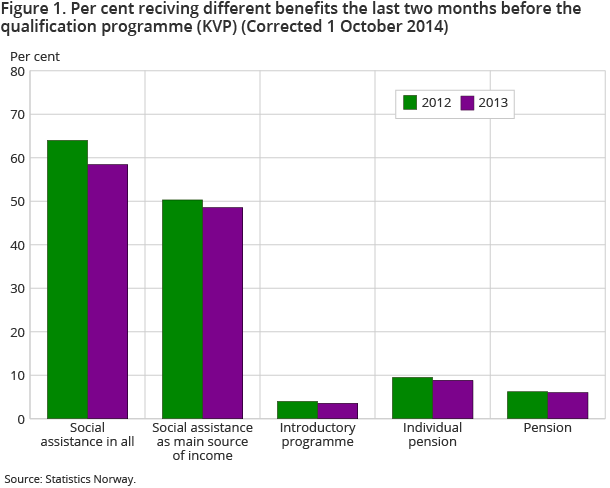 Of those who participated in the programme in 2013, 41 per cent came from measures initiated by the state or municipality a week before the registered application for qualification benefit, most often in the form of training/courses or job training. This is a decrease from the previous year’s figure of approximately 50 per cent.

As regards the content of the programme, the most common activity for the participants in 2013 was work placements.

Of those who finished the qualification programme in 2013, nearly 30 per cent were dependent on social assistance as the main source of income afterwards. This is a decrease of 2 percentage points from the previous year.

The statistics is published with Social assistance.