A total of 54 600 children received measures, both care and assistance measures, in 2019. This represents about a thousand children less than in 2018

From notification through investigation to measures

5 per cent less immigrants received measures in 2019 compared to 2018. But measures are still most commonly used for immigrants, followed by Norwegian-born children to immigrant parents. Checked for the population numbers in different groups measures are least common among children without immigrant background.

Figure 1. Children 0-22 years with measures per 31 December per 1 000 children, by immigration category

Increasing measures among the oldest

Youths over 18 years can still receive measures from the child welfare services until they are 23. Since 2015 there has been an increase in the numbers receiving measures in this age group. The figure has risen from 6 800 in 2015 to 7 600 in 2019, almost a 12 per cent increase.

3 of 4 placement measures are in foster homes

The number of children under care was 8 600 by the end of 2019. That makes up almost 60 per cent of all children placed outside their home.

In 2019 the Child Welfare Services received a total of 58 000 notifications, an increase by 2 per cent from 2018. Considering the fact that all other key figures are decreasing from 2018 to 2019, there is reason to believe that this increase could have been caused by new administrative routines.

Furthermore the Child Welfare Services initiated 46 900 investigations during 2019, which is 1 per cent less than in 2018. 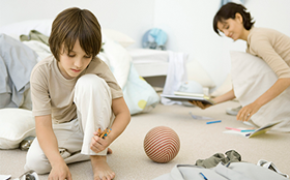 In 2016, the Child Welfare Services received 58 300 notifications relating to 52 100 children. This is 7 per cent more than in 2015. At the same time, fewer notifications were dismissed without starting an investigation.