The producer price index went up by 3.2 per cent from October to November. This increase was due to a sharp rise in the price of crude oil as well as prices of electricity and basic metals.

The price of crude oil Brent Blend increased by about 9 per cent from October to November. The monthly average in November was approximately $ 62 per barrel of oil, according to updated figures from Producer price index. The most important reason behind the price increase was that global oil inventories fell as a reaction to OPEC-led production cuts. In addition, a weakened NOK against USD has contributed further when prices are measured in NOK.

Electricity was another commodity that contributed to the rise in the PPI in November. Electricity prices increased by 11.4 per cent, both the price level and the direction of price change are common for the season. Norwegian electricity prices are connected with the spot prices on Nord Pool power exchange market, and are highly affected by the power situations in the neighbouring countries. The rise in prices in November can be explained by higher power consumption, due to colder weather, in the Nordic countries and North Europe.

The prices of basic metals went up by 5.7 per cent in November. Non-ferrous metals such as aluminium and nickel stood out because of their high growth rates. The index for basic metal has been rising since the fall of 2016 and is now at a historical high level. An improvement in the world economy and increasing demand for industrial metals are important reasons behind the price rise. Also, the weakening of the NOK against other currencies contributed to the price rise on basic metals..

The producer price index (PPI) fell for the fifth month in a row from June to July. This time it was lower prices on natural gas that were the most important contributor. 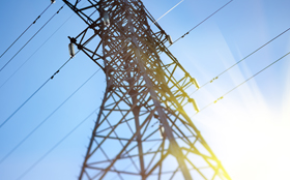 The decline in the PPI from May to June 2017 was due to a price drop on energy goods of 5.6 per cent. Lower prices on crude oil, refined petroleum products and electricity were the main cause. The PPI fell by 0.8 per cent from April to May. This was to a large degree caused by a lower price of crude oil. The prices within manufacturing fell slightly this month, but have mostly been upward trending the last twelve months. 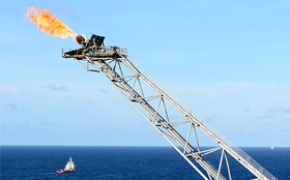 The producer price index fell due to lower prices on energy goods such as natural gas, electricity and refined petroleum products. Higher prices within manufacturing and on crude oil curbed the fall in the total index.