The Producer Price Index (PPI) rose by 0.4 per cent from January to February. Higher prices on crude oil and refined petroleum products contributed strongly to pull the PPI upwards. The price index of electricity went in the opposite direction.

The price index of extraction of oil and natural gas increased by 1.2 per cent from January to February. While the price of natural gas fell in February, the oil price went up by 8.7 per cent, according to new figures from the Producer price index. Reduced oil supply due to production cuts from the OPEC-countries was the main reason behind higher oil price. Production cuts are announced to continue throughout 2019. In addition, OPEC warns increased demand of oil in 2019. Conditions in both the supply and demand side can thus further strengthen the oil price.

Another industry with a reduction in prices from January to February was services related to mining and quarrying. From February 2018 to February 2019, prices went down 12 per cent within this industry. 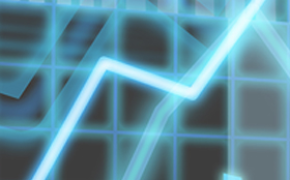