The statistics has been discontinued. Consult Norwegian Petroleum Directorate FactPages/Factmaps.

The total petroleum production on the Norwegian continental shelf in the first nine months of 2014 amounted to 158.4 million Sm3 oil equivalents (oe). Compared to the same period in 2013, this equals an increase of 0.2 per cent. Production of oil increased, while production of gas decreased. 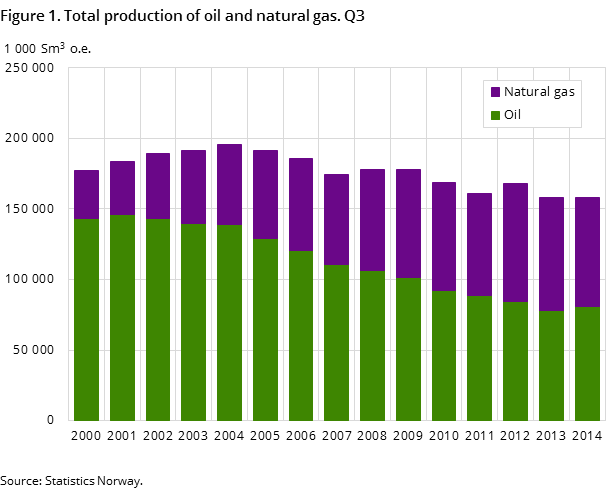 Find figures for production of oil, gas, NGL and condensate broken down by year, quarter and month