Starting on 11 September, Statistics Norway will publish key indicators of the national accounts on a monthly basis.

The monthly national accounts will show which industries contribute to economic growth as well as the latest developments in private and public consumption, investment, and trade. These new figures will provide a comprehensive view of the economy and developments over a period.

- We strive to deliver as current and relevant statistics as possible that can show on a continuous basis the state of the economy. Statistics Norway has access to sufficiently many reliable monthly sources that it is possible to publish the national accounts each month – and not only each quarter, says Ann Lisbet Brathaug, head of the National Accounts section in Statistics Norway.

The national accounts provide essential information for policy makers as well as NGOs, the private sector, and individuals, which they can use to make sound economic decisions.

Few other countries provide as up-to-date figures as Norway

The monthly national accounts will be published forty days after the end of the month. The monthly national accounts will be published in tandem with the quarterly accounts four times a year. Few countries in Europe have advanced this far in their efforts to publish monthly data on economic growth. A year ago, Eurostat commenced its publication of quarterly GDP estimates for the eurozone after thirty days.

The monthly national accounts will have the same level of detail as the quarterly accounts; however, only the key indicators will be published. All figures will be seasonally adjusted. Much effort has been made to adapt our sources to monthly numbers as many of them are currently used for the quarterly statistics.

- All trials thus far show that the development of monthly figures and the calibration of these with the quarterly numbers have had a positive effect on the quarterly national accounts. Some of the figures will have a higher level of uncertainty than others and monthly figures must always be interpreted with some degree of caution”, says Brathaug.

Statistics Norway will be referring to seasonally adjusted numbers on a rolling three-month basis in addition to showing the development from month to month. Finally, particular challenges to which attention should be paid will be explained. 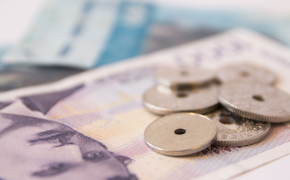