More time spent on our own

We spend more time on our own nowadays than we did in 1990 and 2000. Young persons spend the most time with persons outside their own household. Children are less at home during the day than adults. The older age groups are those who are at home the most. We are also less at home than in 1980, and are travelling more and in public places more often.

In 2000, we spent almost one hour more on our own per day than in 1990. From 2000 to 2010, this increased further, and we now spend 1.75 hours more on our own than 20 years ago. These are average figures based on all days within a whole year. Sleep is regarded as time spent alone. There has been an increase in all age groups and all days of the week. The 2010 figures show that men spend almost half an hour more on their own than women on an average day. Children spend the least time alone per day. The younger age groups also spend less time on their own than others, while the elderly spend the most time alone.

It goes without saying that the more time we spend alone, the less we are together with others. Persons aged 9-15 years and 16-24 years are those who spend the most time with others outside their household during the day. For both groups, this time is more than 6 hours. This decreases with age, with persons aged 67-74 years spending less than 2.5 hours a day with others. While persons aged 9-15 years spend almost 3.5 hours a day with only household members, the corresponding figure for the 16-24 age group is just 2 hours.

Compared to 1980, we spent less time at home in 2010, but there has not been any major change from the figures in 1990 and 2000. The time spent at home has increased slightly in the last 10 years for men, while decreasing among women. Children are less at home than adults; about 14.5 hours per day, and the elderly spend almost 18.5 hours a day at home.

The private car is the most popular means of transportation for travelling. The percentage using cars has increased considerably between 1980 and 2010. However, the time we spend sitting in the car has remained at the same level during this period. Seventy per cent used the car as a means of transportation in 2010. The gender balance in relation to travelling by car has evened out somewhat during this period, but men still spend more time in cars on a daily basis than women. The largest increase in travelling by car is found among the elderly.

There have only been minor changes in the use of public transport and walking when travelling from one place to another. On average, 16 per cent used public transport per day in 2010, while 35 per cent walked to their destination.

Women spend most time with children

In the time use surveys, being together with someone is where the persons in question are gathered at the same place and where there is a certain degree of contact between them. Women spend much more time with their own small children than men. This difference evens out when the children are older.

There has been a gradual tendency towards going to sleep later at night from 1980 to 2010. Television viewing has become more spread over daytime and night time during the period. There have only been minor shifts in these time use habits between 2000 and 2010. Saturday at noon is when most people do their household work; 31 per cent on average. 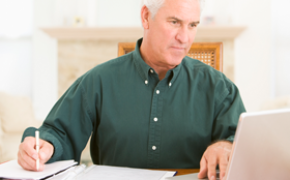