In 2012, a total of 1.3 million tonnes of slaughtered fish were sold, which is a new record. The corresponding first hand value came to NOK 30 billion. 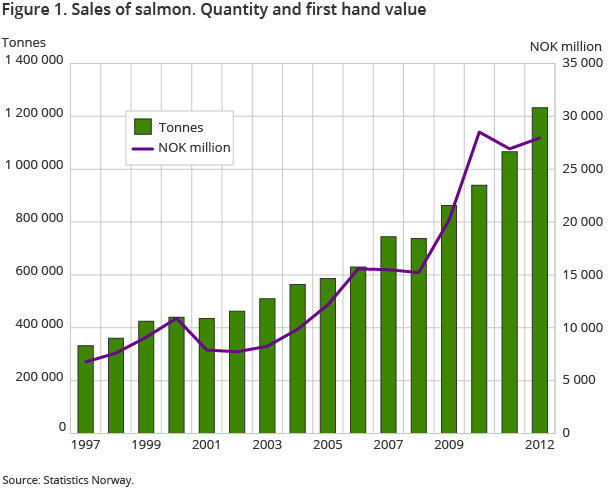 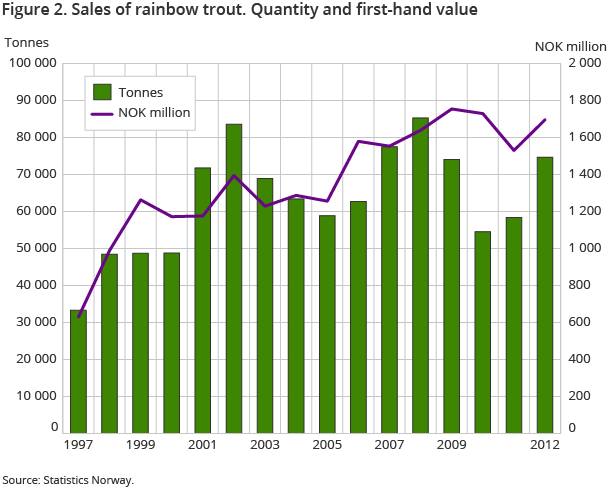 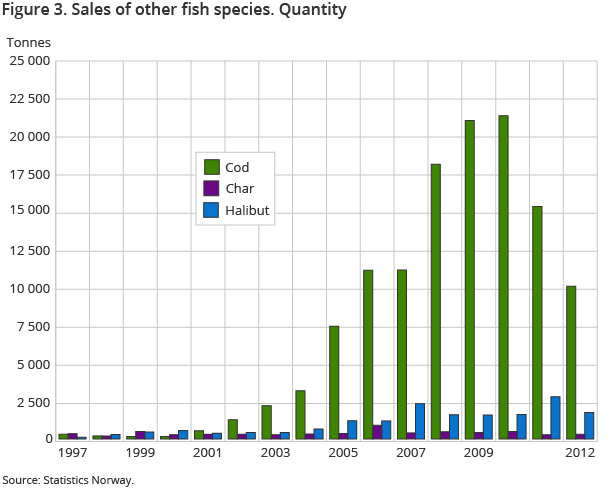 Ninety-three per cent of the production in fish farming in 2012 was reared salmon, of which more than 1.2 million tonnes was produced. This corresponds to a first hand value of NOK 28 billion.

At the end of 2012, the total stock in salmon farms was 401 million live fish. This is an increase of almost 7 per cent compared to 2011, and a record figure.

Less production of halibut and cod