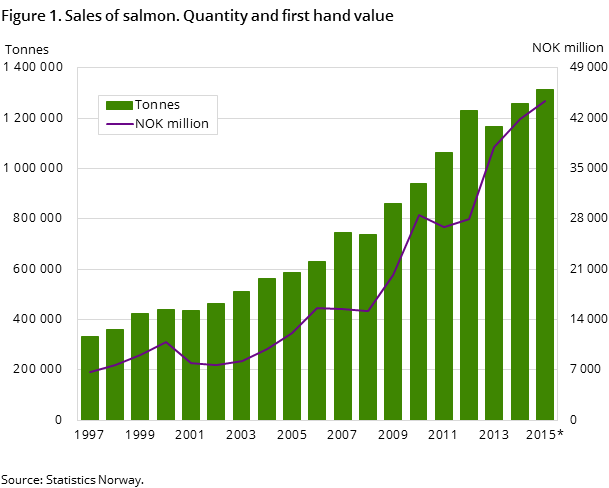 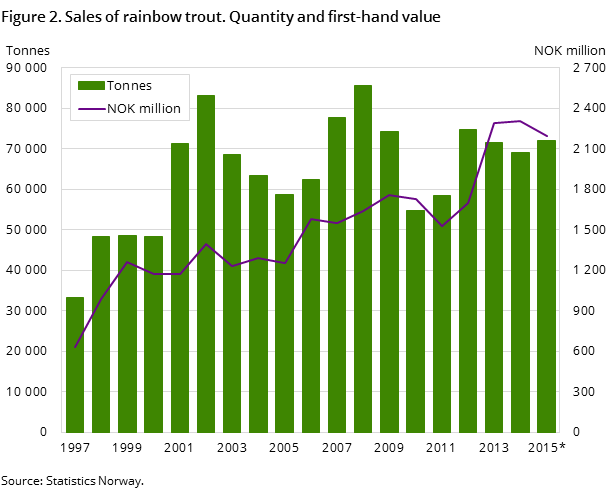 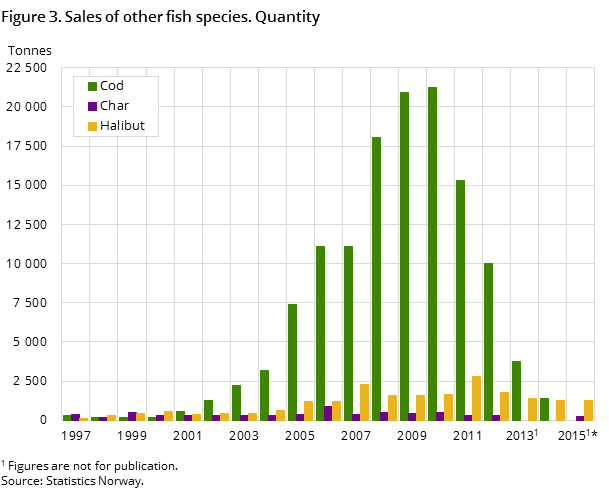 Ninety-five per cent of the production in fish farming in 2015 was reared salmon. In total, 1.31 million tonnes of salmon were produced, corresponding to a first-hand value of NOK 44.3 billion, making it another record year for salmon. The average price per kilo of salmon was NOK 33.70 in 2015.

For reared trout, the produced quantity was 72 000 tonnes; an increase of 4.4 per cent from 2014. The total first-hand value for rainbow trout and other reared trout was NOK 2.2 billion.

Less production of other species

A total of 1 745 tonnes of species other than salmon and trout were sold in 2015, at a corresponding first-hand value of NOK 178 million. This is a decrease of 44 per cent for quantity and 8 per cent for value. The decline is mainly caused by an insignificant production of cod in 2015.

Overall, 6 730 persons were engaged in aquaculture production in 2015, broken down into 4 760 in production of fish for food, 1 810 in hatcheries and fingerling production and 170 with cultivation of shellfish.