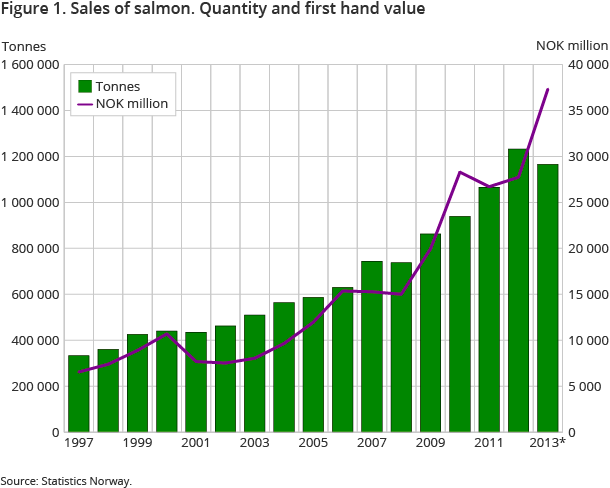 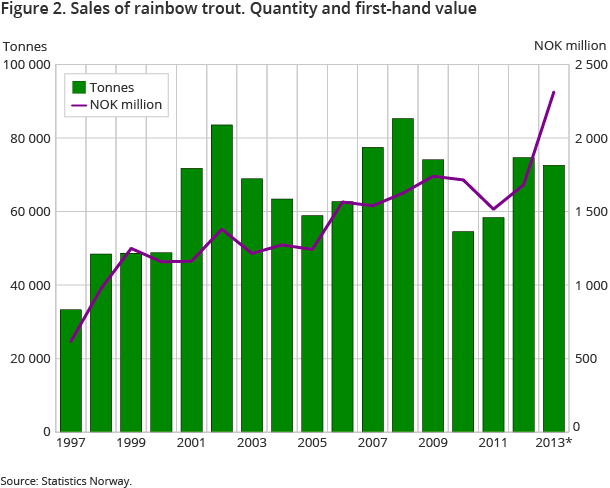 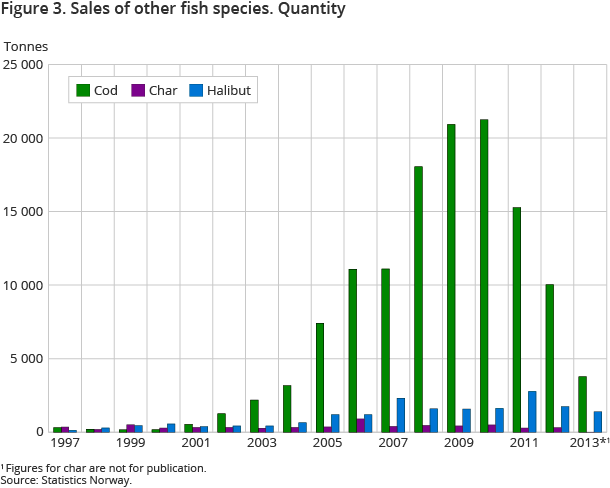 Ninety-four per cent of the production in fish farming in 2013 was reared salmon. In total, 1.17 million tonnes of salmon was produced, corresponding to a first-hand value of NOK 37.5 billion.

At the end of 2013, the total stock in salmon farms was 412 million live fish. This is an increase of almost 4 per cent compared to 2012, and a record high figure.

Less production of halibut and cod

Compared to 2012, the production of reared cod and halibut decreased by 62 and 20 per cent respectively. A total of 3 800 tonnes of cod and 1 400 tonnes of halibut were produced.

Overall, 5 700 persons were engaged in aquaculture production in 2013; a slight decrease from the previous year.