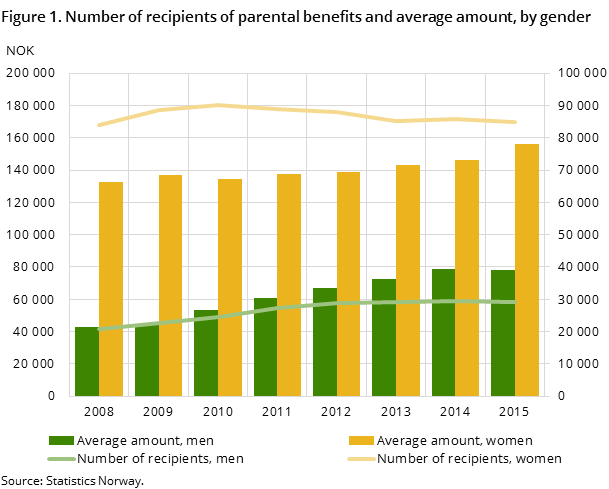 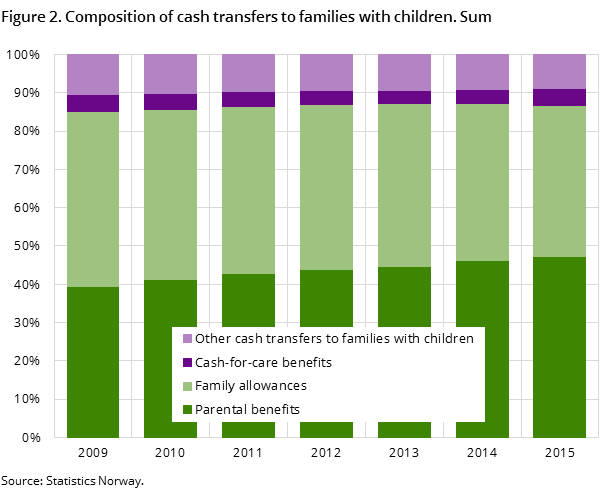 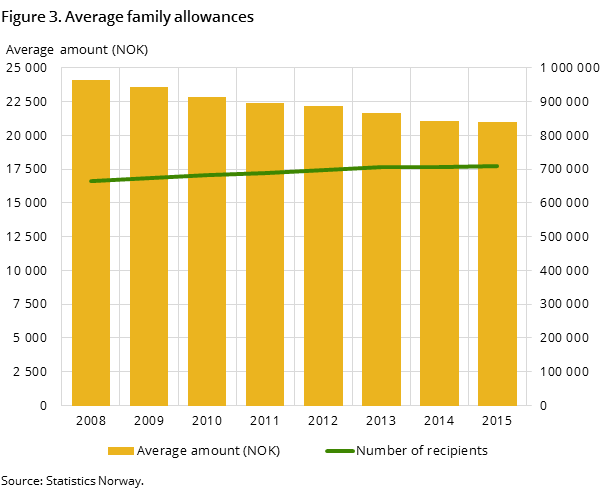 Payments of family allowances continue to fall, measured in fixed prices. The average payment of family allowance per beneficiary was NOK 21 000 in 2015; a slight decrease from 2014. The reason for this is that the nominal rates for family allowances have remained fixed for years. Figure 2 shows how family allowances over the last few years constitute an ever smaller part of total cash transfers to families with children, while parental benefits on birth make up an ever larger part.

Higher transfers per child in Oslo

Oslo is the county with the highest average payments of cash benefits per child in Norway in 2015, with NOK 41 300. This is partly because the number of births in Oslo is relatively higher than any other county in Norway. Parental benefit on birth is the benefit that gives the highest benefit per child. In Oslo, 23.3 per cent of people who received any kind of cash benefit to families with children received parental benefit, while the national figure is 18.5 per cent.

The statistics are based on information from the Norwegian Labour and Welfare Administration (NAV) and the Norwegian Tax Administration. The data are more thoroughly described in “About the statistics”. All amounts in this article are measured in constant prices and thus adjusted for the changes in the consumer price index (CPI).

As of 1 April 2014, the supplementary child benefit for families living in Finnmark and Svalbard is discontinued. The transitional benefit for single parents will, as of 1 April 2015, be subject to income tax. This change concerns only new claimants as of 1 April 2015. Furthermore, the cash-for-care benefit is increased to NOK 6 000 per month for children aged 13 to 26 months. This amount is the same regardless of the age of the child.