As of 2016 the statistics is published with Life and non-life insurance companies, accounts 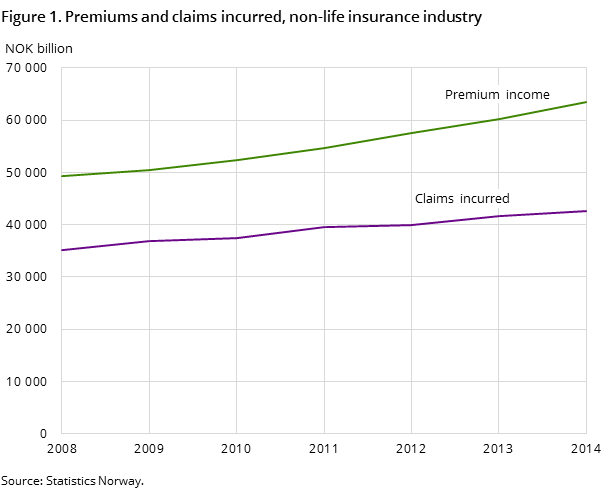 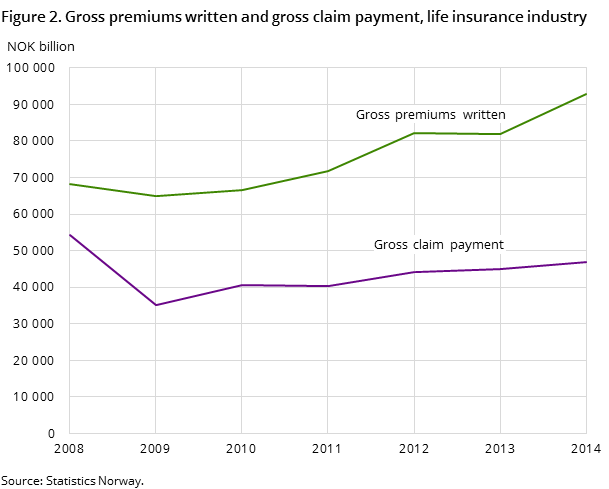 The nominal growth in premium income for the non-life insurance industry was NOK 3.3 billion in 2014. During the same period, the growth in claims incurred was NOK 1.1 billion.

Motor vehicle insurance services had an increase of 4 per cent in 2014, while claims incurred decreased by 1.0 per cent.

Premiums written for life insurance increased by 13.5 per cent from 2013 to 2014. During the same period, gross claim payments increased by 3.6 per cent and amounted to NOK 46.8 billion.

The statistics is now published as Life and non-life insurance companies, accounts.