Estimated population at the term of the year, 1 January 2014

The statistics is as of 2014 published with Population. 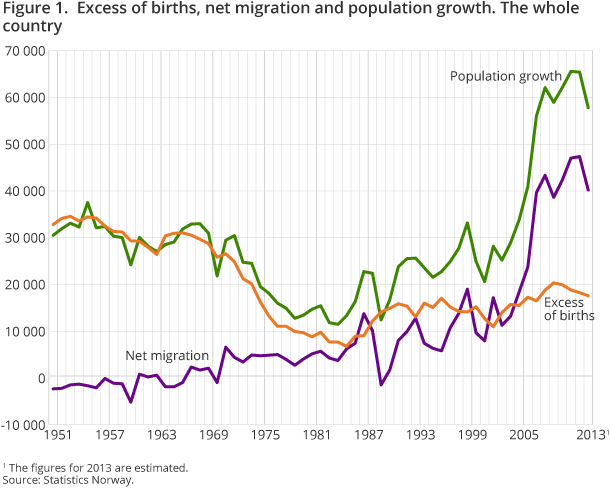 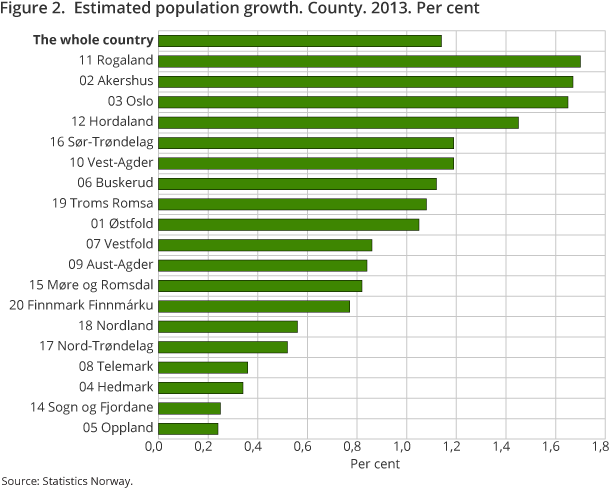 Highest share of population growth due to net migration from abroad

68 per cent of the population growth will come from migration surplus from abroad, and 32 per cent will be due to the birth surplus.

Population growth in the big cities and central areas continues. Some 60 per cent of the growth takes place in the four counties Oslo, Akershus, Rogaland and Hordaland. Oslo will have a growth of 10 300 persons, 400 fewer than last year.

For some municipalities, estimated figures as of 1 January 2014 may thus seem to break with the trend so far this year, but this is due to the estimation method used. This is especially visible in small municipalities, where the figures must be regarded as a preliminary estimate.