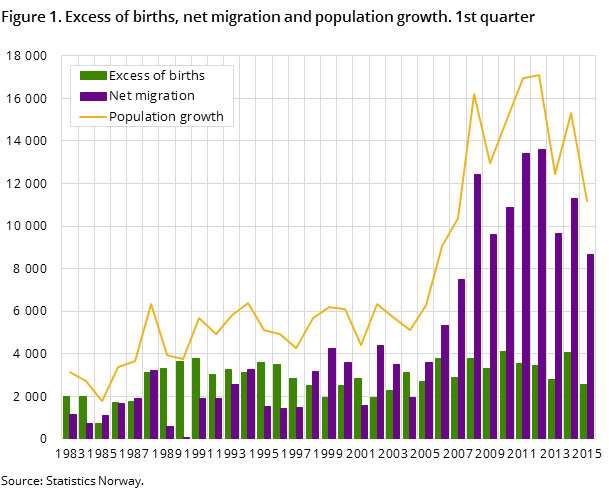 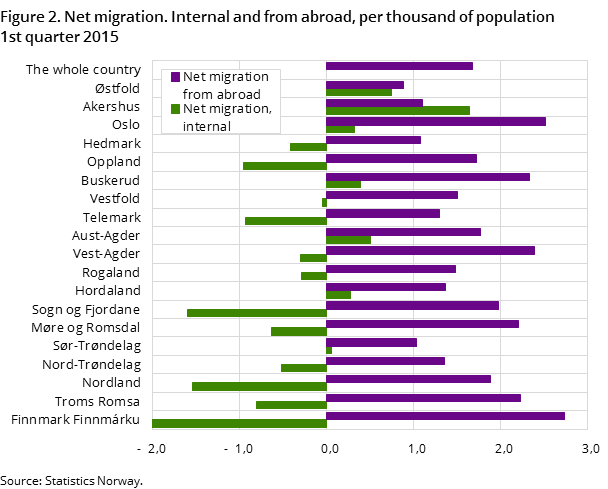 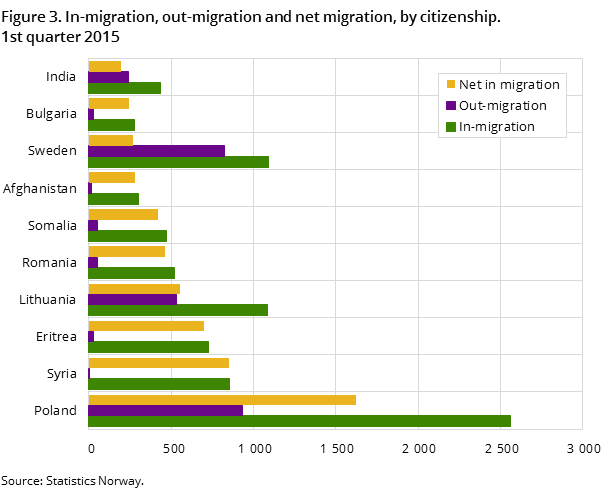 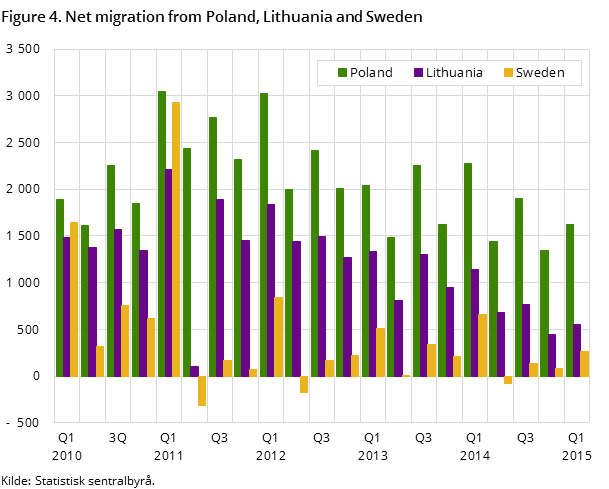 Compared to the same quarter in earlier years, the population growth is still high compared to the years before 2005; before labour immigration of EU nationals in Eastern Europe began.

Oslo had the highest birth surplus

Oslo had the highest birth surplus in both relative and absolute terms in the 1st quarter. In Oslo, 2 400 children were born, and 1 100 persons died. Hedmark, Oppland, Telemark, Østfold and Nordland all had a birth deficit, with more persons dying than children born.

Net migration to all counties

The population in the country's capital grew by 3 100 persons, giving Oslo the highest percentage growth among the counties. Almost 10 500 persons moved to Oslo and almost 3 900 of these immigrated from abroad. Akershus grew by nearly 2 000 new inhabitants, with 7 100 persons moving to Akershus, of which 1 500 immigrated from abroad. The highest percentage growth was in Oslo and Akershus, followed by Vest-Agder, Rogaland and Hordaland. Hedmark and Oppland had relatively no growth at all.

Polish, Swedish and Lithuanian citizens were the largest groups of non-Norwegian citizens who immigrated to Norway, but these groups also had the highest emigration from Norway. A total of 2 600 Polish state nationals immigrated, while about 900 emigrated. Of 1 100 Swedish immigrants, 800 emigrated. Only 6 of the Syrian citizens emigrated, while there were almost 900 immigrants. Compared to the 1st quarter last year, net immigration slowed down for the typical labour immigration countries Poland, Lithuania and Sweden, with 28, 51 and 60 per cent respectively.

Persons who stay in the country shorter than for six months are not registered and are not included in the figures. Tax Administration has a constant clearing-up into Central Population Register which out-migrate persons who not lives any longer in Norway. The last years has this type of clearing-up been usual.