Lowest number of deaths for 37 years 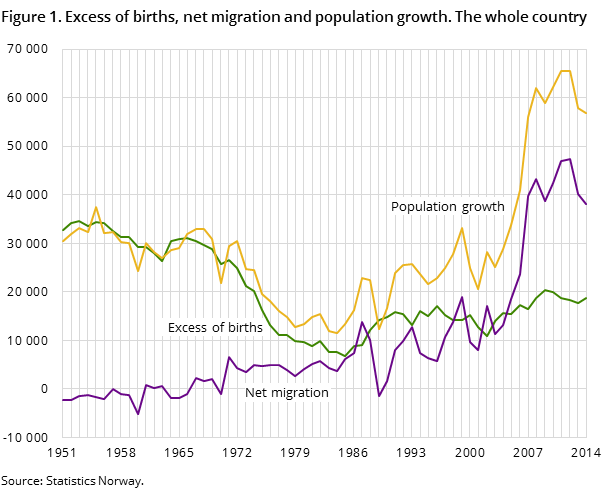 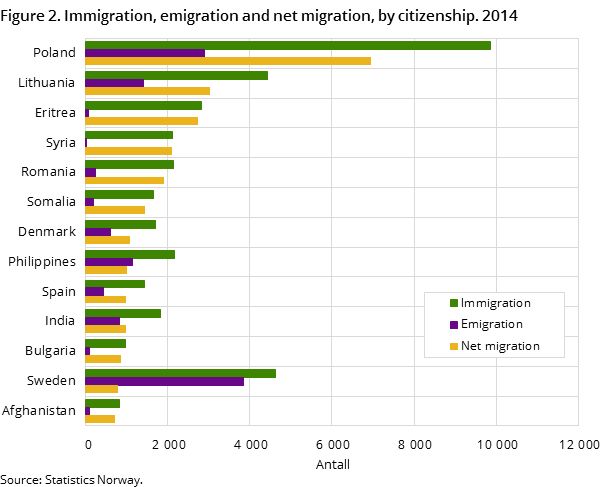 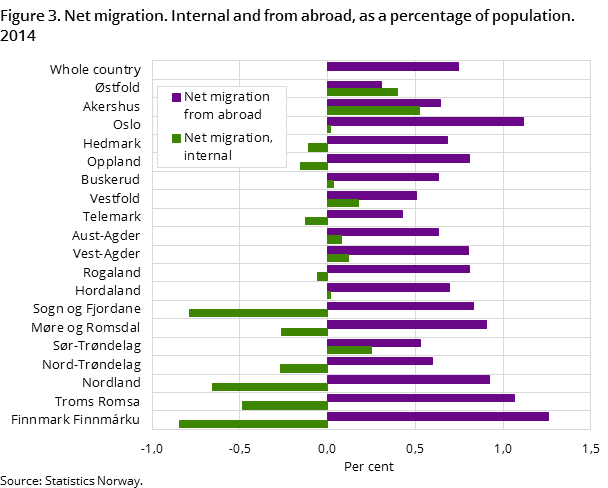 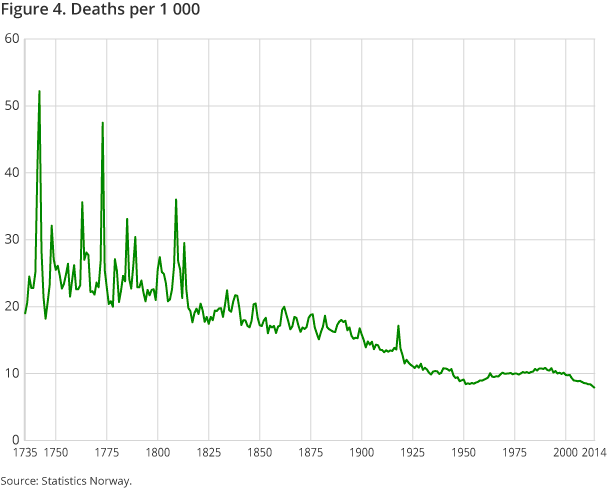 In relation to the population size, the number of deaths in 1977 was 0.99 per cent, compared to 0.79 per cent in 2014. This is the lowest figure ever registered in our annual registrations, which date all the way back to 1735. One reason for this might be that there was no major outbreak of seasonal influenza in 2014, which would otherwise have affected vulnerable groups.

The total fertility rate for 2014 was 1.76 compared to 1.95 in 2010. Nevertheless, Norway still has one of the highest fertility rates in Europe.

Both men and women saw a relatively large increase in life expectancy. A boy born in 2014 is expected to live for 80 years, while a girl can expect 84.1 years. This is an increase of half a year for girls and four months for boys compared to the previous year.

Citizens from nine countries had a net in migration of more than 1 000, and five of these countries are European. Polish and Lithuanian citizens still constitute the two largest groups, and represent 42 per cent of the European citizens. Persons with a refugee background from Eritrea and Somalia accounted for the third and sixth largest groups respectively. Syrian citizens represent a new and large group, and their net in migration of 2 100 makes them the fourth largest.

Oslo had almost 40 per cent of the population growth

All counties had a population growth in 2014, but 12 of the 19 counties had a smaller growth than in 2013. Oslo had the highest, with a total of 13 200 persons, which was 2 700 more than the previous year. The growth in the two counties Rogaland and Hordaland combined was 4 100 higher than in Oslo in 2013, while 2014 saw a fall in growth by 400 compared to Oslo. The growth in Akershus county was 9 100, and the growth in Oslo and Akershus combined represented 39 per cent of the total growth in Norway.

All counties had a total net migration surplus, with the highest in Akershus and Oslo. In order to show the disparities between counties, migration can be broken down into two categories - moving from and to abroad, and internal migration.