The population increased by 18 800 during the third quarter and reached 5 156 450 on 1 October. This growth was very close to the average for the last eight years. Net migration was 300 higher than this average, while the birth surplus was 300 lower. 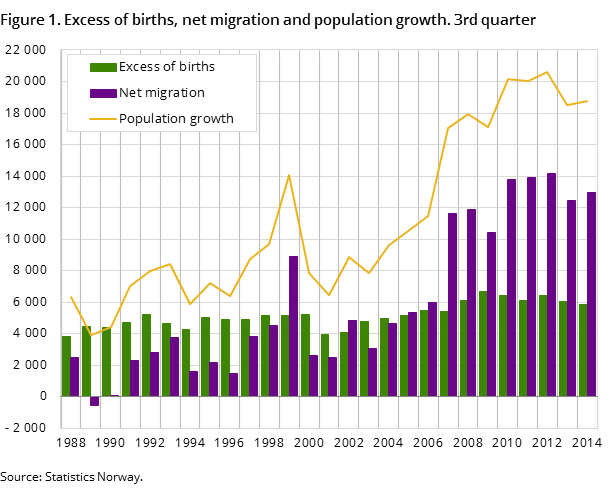 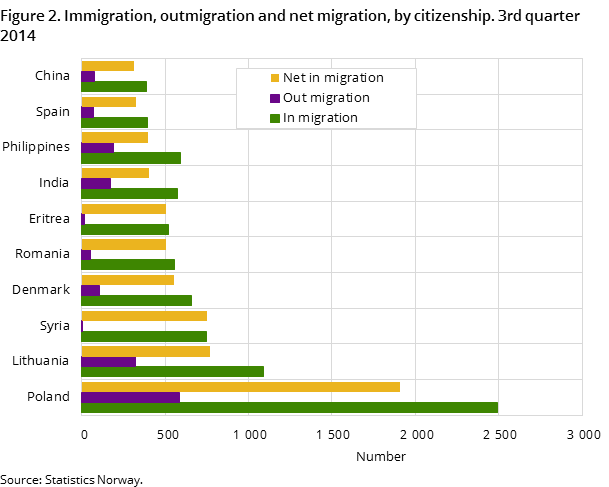 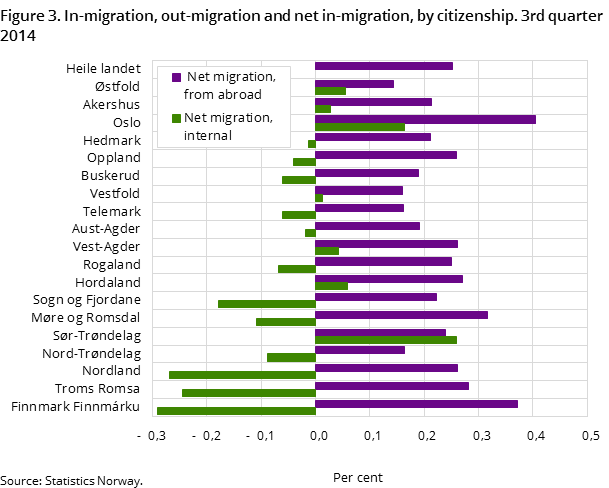 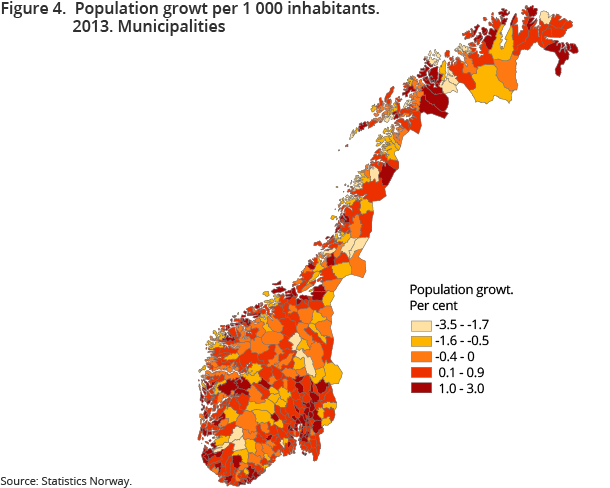 A total of 15 550 children were born in the 3rd quarter, while 9 750 persons died. The birth surplus of 5 800 was 200 lower than for the 3rd quarters of the last six years, but was higher than in the years before 2008. The lower surplus was mainly due to slightly fewer children being born.

A total of 1 500 or 18 per cent of the out-migrations apply to persons who have emigrated perhaps a long time ago, but who have not reported their migration to the population register. The Tax Administration carries out a continuous check of the Central Population Register, resulting in an out-registration of these persons. These out-registrations in the third quarter were fewer in number than earlier, so the lower number of out-migrations is partly due to this.

The 1 200 Swedish citizens once again were the largest group of foreign citizens to leave Norway; twice as many as the 600 Poles. Swedish citizens therefore ended up with a net migration of only 100. The net migration of citizens from the South European countries experiencing high unemployment, such as Spain, Portugal, Italy and Greece, remained at the same level, reaching 800, while last year it reached 850.

Seven counties had an internal migration surplus, while twelve had a loss. The Østfold/Akershus/Oslo area had the largest surplus with 1 400 combined. Seen in relation to the population size, Sør-Trøndelag had the largest surplus. The three northernmost counties had a combined loss of 1 300, and compared to the population size, the loss was particularly high there.

Oslo had the largest birth surplus in the first three quarters

So far in 2014, 7 800 children have been born in Oslo, while the number of persons who have died was 2 900, resulting in a birth surplus so far of 4 900. The number of deaths in the two inland counties Hedmark and Oppland has been 350 higher than the number of births.

Oslo has the highest number of births compared to the population size, while Hedmark has the lowest. Hedmark and Oppland have the highest relative number of persons who have died, and Oslo, Rogaland and Akershus have the lowest.