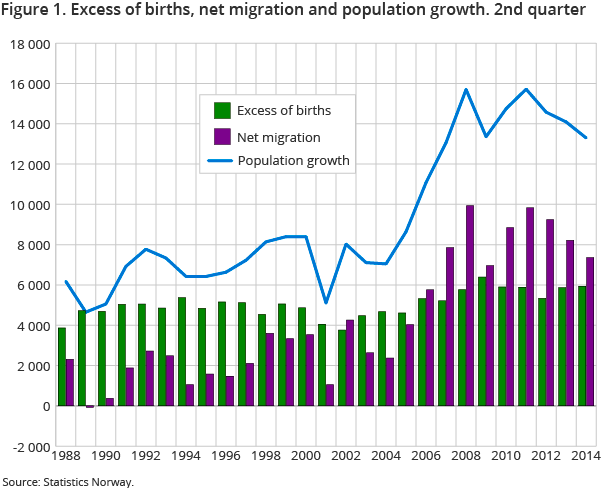 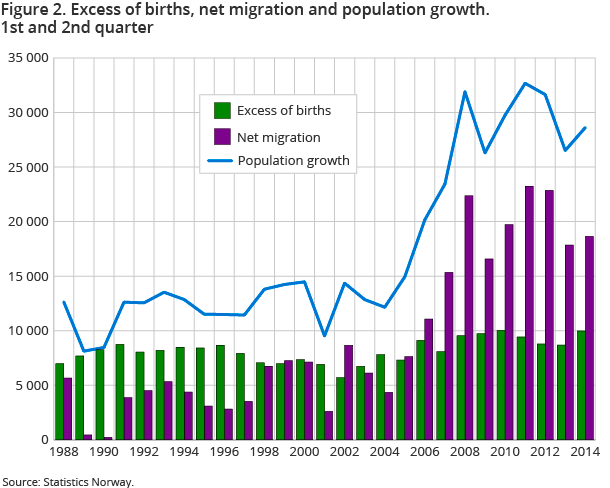 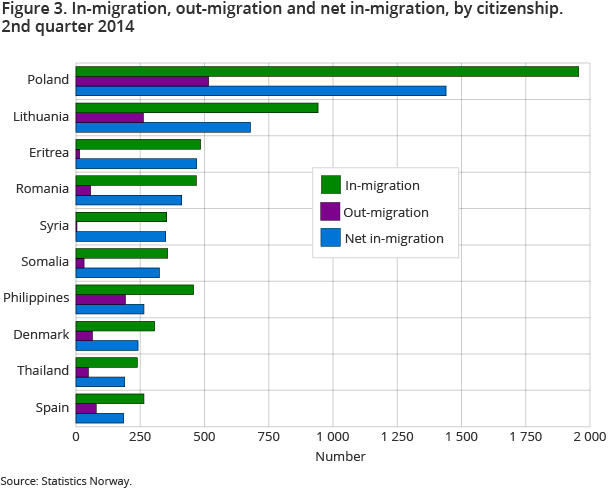 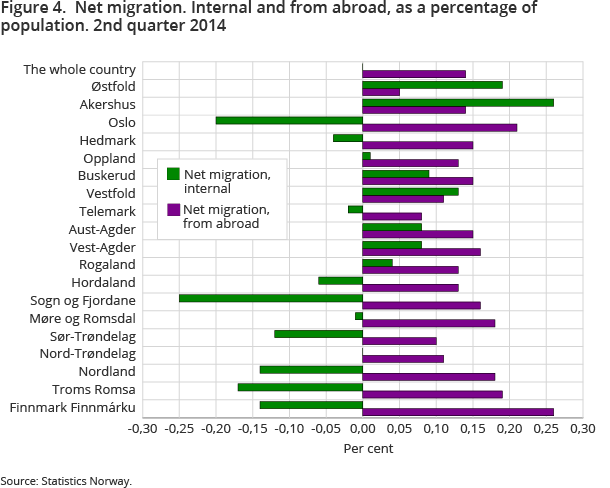 A total of 15 800 children were born during the second quarter, and 9 800 persons died. This is 100 more births and somewhat more deaths than the second quarter of 2013. The birth surplus was therefore about 50 higher.

Mostly Poles and Lithuanians who in-migrated

Of those with foreign citizenship who in-migrated to Norway, Poles continued to make up the largest group with 2 000 in-migrations. A total of 950 Lithuanians and 800 Swedes also immigrated, and these were followed by Eritreans, Romanians and Philippinos, with somewhat fewer than 500 in-migrations each.

Population increased most in Akershus

In relation to population, Oslo, Rogaland and Sør-Trøndelag had the highest births surplus, while Hedmark and Oppland had a birth deficit.

Apart from Oslo, all counties around inner Oslofjord had an internal migration surplus during the second quarter. In addition, Oppland, the Agder counties and Rogaland had a migration surplus. In relation to the population, the highest surplus was in Akershus, Østfold and Vestfold.

Sogn og Fjordane and Oslo had the highest internal migration loss in relation to population.

Population increase of 28 600 persons so far this year

So far in 2014, 30 100 children have been born and 20 200 persons have died. The excess of almost 10 000births was about 1 300 higher than the first half of 2013 when there were 300 fewer births and 1 000 more deaths. With 32 900 in-migrations and 14 300 out-migrations in the 1st and 2nd quarter this year, net migration was 18 600. This is related to the high number of out-migrations in the first half of the previous year due to the out registration of foreign citizens who have emigrated without notifying the National Register. Clean-ups in this area have been more common in recent years, but on a smaller scale than in the first half of 2013.