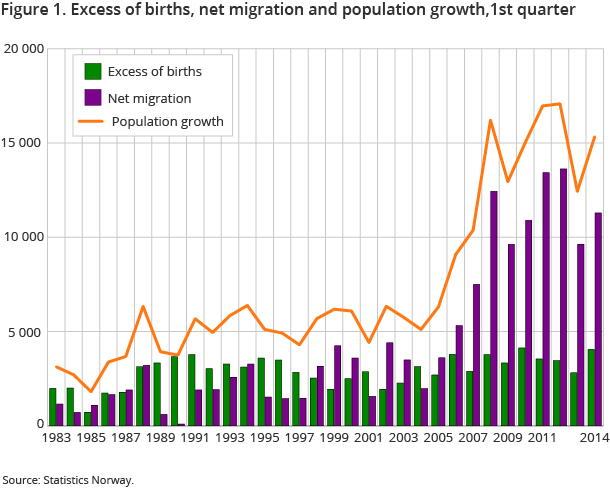 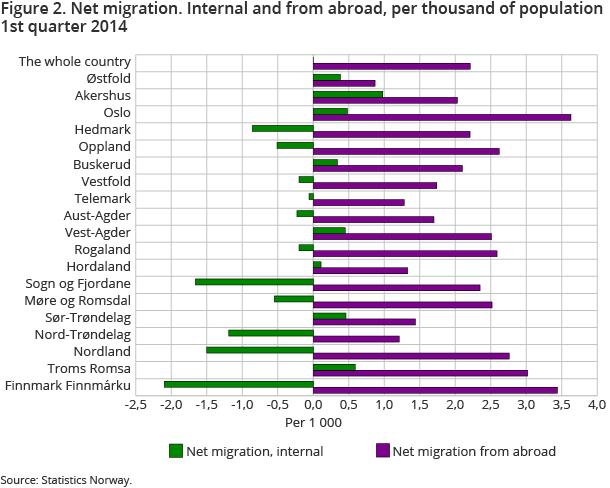 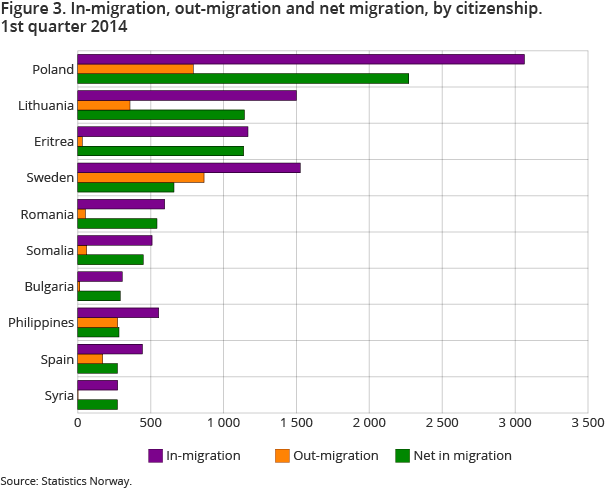 A total of 3 300 of the 7 800 out-migrations – 42 per cent - relate to persons who emigrated a long time ago and did not report their migration to the population register. The Tax Administration carries out ongoing efforts to rectify this in the Central Population Register. This has an influence on the number of out-migrations throughout the year, but particularly for the 1st quarter. In the 1st quarter of 2013, these special registrations amounted to 46 per cent of all out-migrations, while the corresponding figure for the year as a whole was 37 per cent.

Oslo had the largest birth surplus, also in relation to the population. The birth surplus was 1 500. In the counties Hedmark and Oppland combined, 170 more died than were born. In several of the counties, the birth surplus is very low, and the combined number for six counties (Østfold, Telemark, Aust-Agder, Sogn og Fjordane, Nordland and Finnmark) was just 36.

Of the foreign citizens who immigrated to Norway, the Poles continued to dominate for the ninth successive year. Three other large groups were the Lithuanian, Swedish and Eritrean citizens.

Eleven counties had a migration loss to other counties, while eight had a surplus. The area consisting of the three counties Østfold, Akershus and Oslo had a surplus of 1 000, and the remaining 16 counties therefore had a corresponding loss of 1 000. As usual, Nordland experienced the greatest loss, with 310 more internal out- than in-migrations. Viewed in relation to the population, Finnmark had the largest loss in internal migration.