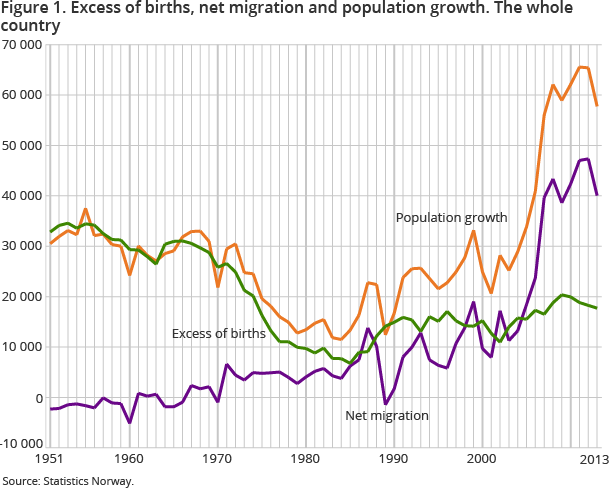 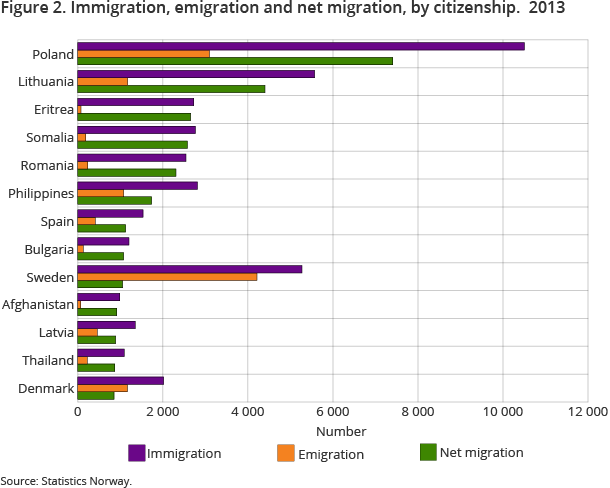 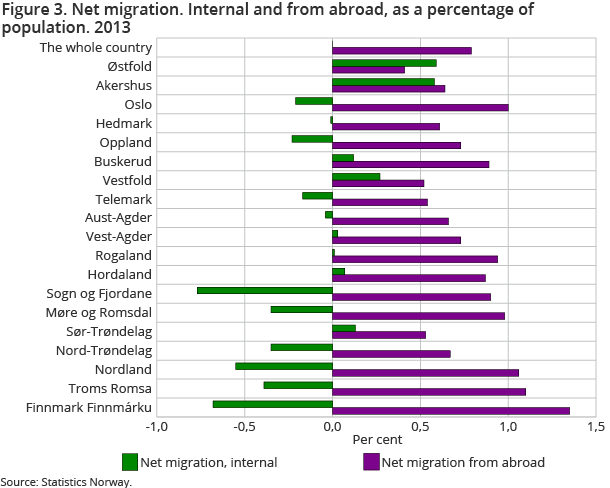 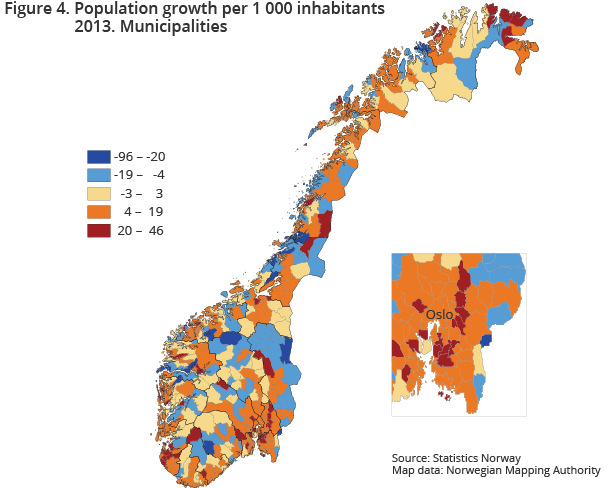 Much of the out-migration last year is likely to relate to persons who have emigrated some time ago, and have not reported this to the population register. The Tax Administration clears out the Central Population Register on an ongoing basis in order to keep it up-to-date in relation to persons who are no longer living in Norway.

There was a slight increase in life expectancy for men and women. A boy born in 2013 is expected to live to 79.7 years, while a girl can expect 83.6 years. This is only a difference of a few months compared to the previous year.

High, but declining migration from Europe

All counties in Norway had a population growth in 2013. Oslo had the highest, with a total of 10 500 persons, or 1.7 per cent, which is about 200 lower than the previous year. Other counties where the population increased rapidly were Akershus and Rogaland. Akershus grew by 9 400 persons and Rogaland by 7 500. The lowest growth was found in Sogn og Fjordane, with about 300 persons, and in Telemark and Oppland, where the population increased by around just 600 persons. In some counties, such as Oslo and Sogn og Fjordane, the growth was more or less equally divided between births and net migration, while net migration counted for 95 per cent of the growth in Østfold and Nordland. In the three counties Hedmark, Oppland and Telemark, with more deaths than births, the net-migration still amounted to a population growth. However, in these counties net-migration constituted 100 per cent of the growth.

In order to see the differences between the counties, migration can be broken down into two categories - moving from and to abroad and internal migration.