The population increased by 18 500 persons to 5 096 300 in the 3rd quarter of 2013. Population growth was 2 100 lower than in the same quarter last year. Both birth surplus and net immigration were lower than recent years. 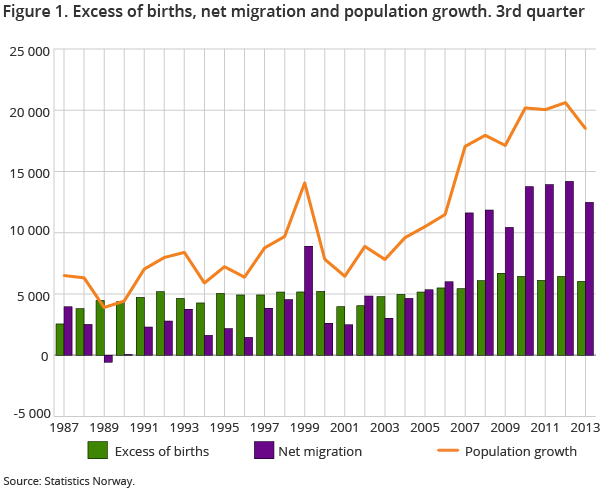 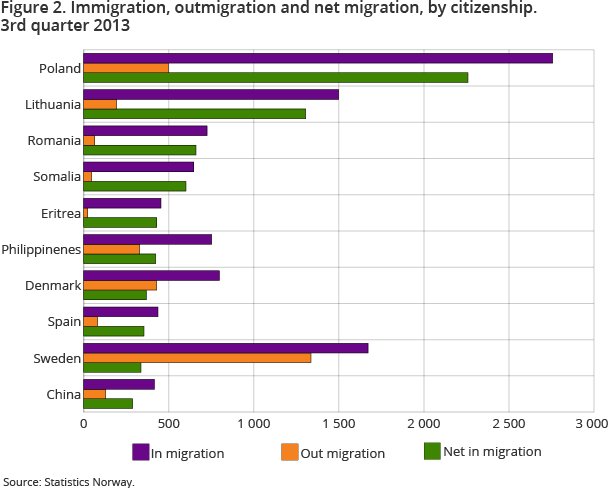 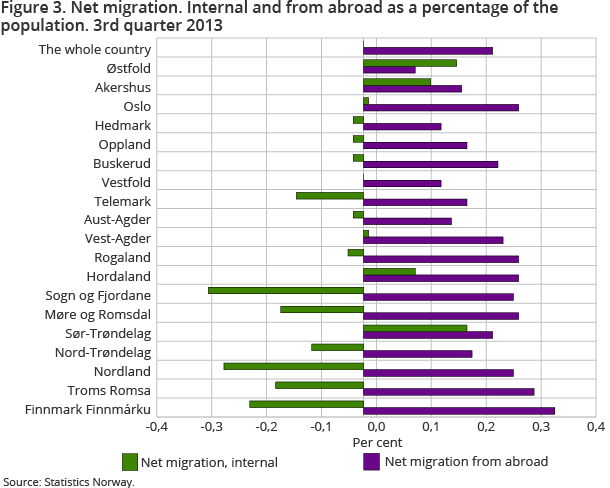 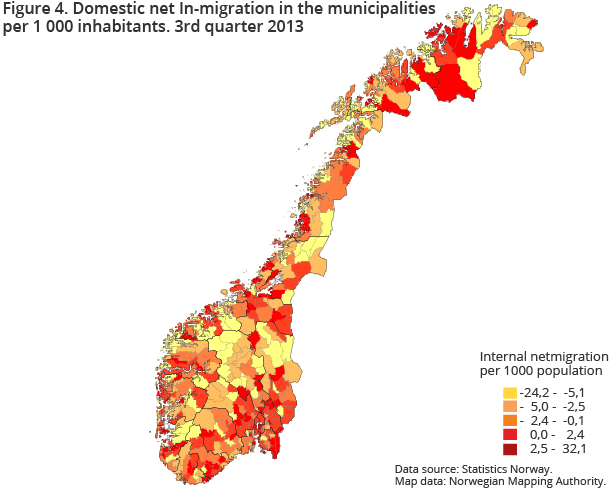 A total of 15 700 children were born and 9 700 persons died in the 3rd quarter. The birth surplus of 6 000 is somewhat lower than for the 3rd quarter of the last four years, but has nevertheless remained at the same high level since 2008.

A total of 22 800 persons immigrated, while 10 300 emigrated, resulting in a net immigration of 12 500. This is lower than for the 3rd quarter of the last three years, but still higher than the lower level experienced before 2007. The emigration of 10 300 persons is the highest figure ever registered in a 3rd quarter.

As has been the case in recent years, population growth was highest in Oslo/Akershus and Rogaland/Hordaland. However, in relation to the population, the increase was highest in Sør-Trøndelag, although just slightly higher than in Oslo. Sogn og Fjordane had the lowest growth both in numbers and in relative terms.

Oslo had the highest birth surplus

In the 3rd quarter, Oslo again had the highest birth surplus, also in relation to the population. A total of 2 700 children were born and 1 000 persons died. The combined surplus in the two counties Rogaland and Hordaland was 1 600, but the population size is 50 per cent higher here than in Oslo.

In Hedmark and Oppland combined, 9 more people died than were born.

Polish citizens by far constituted the largest group of foreign citizens that immigrated in the 3rd quarter; almost twice as many as the next two groups - Swedish and Lithuanian citizens

Only six counties had a domestic net in-migration, whereas 13 had a domestic net out-migration. The area consisting of the two counties Akershus and Østfold combined had the largest, with 1 250. It is still particularly in the inner parts of the country, in the North-western and Northern parts of Norway that we find net out-migration, but also in Rogaland. The highest activity in migration in and out of the county was found in Oslo, where almost five per cent of the population either migrated to or from the county during the 3rd quarter.