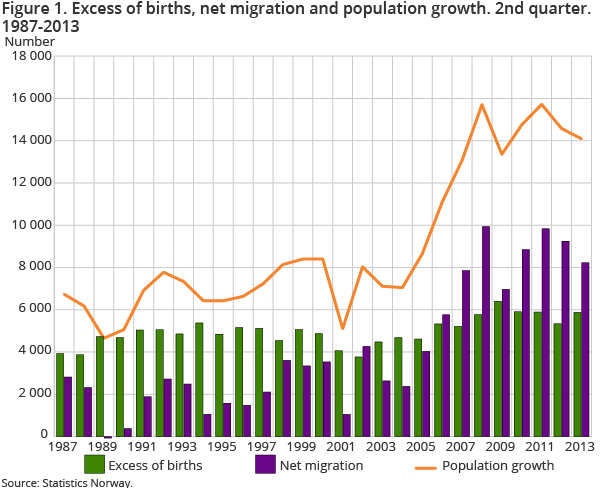 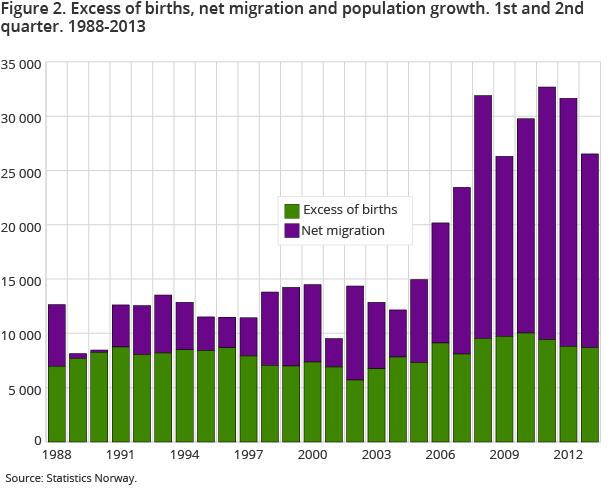 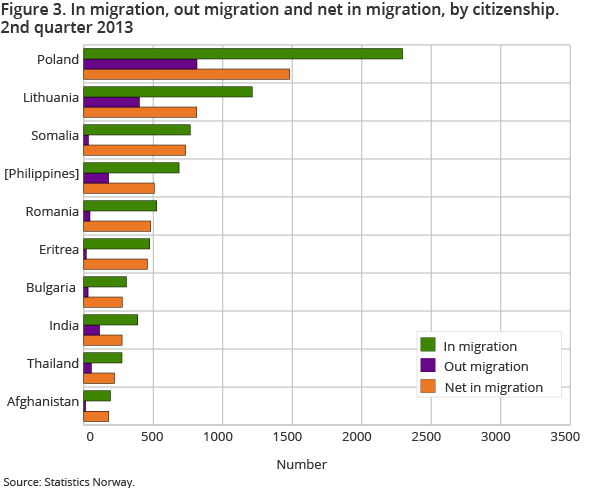 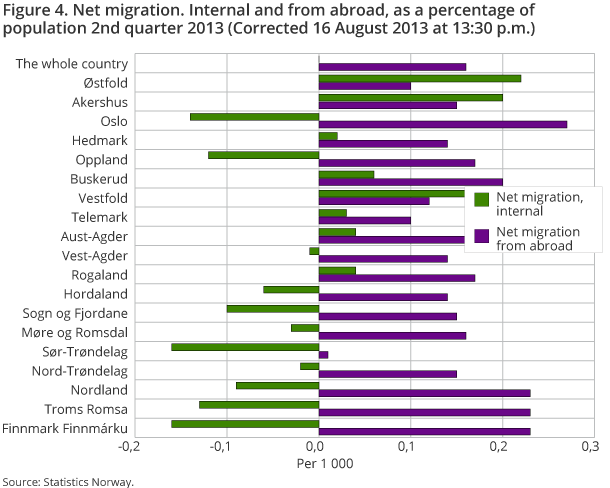 Mostly Poles and Lithuanians who in-migrated

Of those with foreign citizenship who in-migrated to Norway, Poles continued to make up the largest group, with 2 300 in-migrations. A total of 1 200 Lithuanians and 1 000 Swedes also immigrated in the 2nd quarter.

Population increased in nearly all the counties

In every county, apart from Sør-Trøndelag, the population increased in the 2nd quarter. In relation to the population, Akershus had the highest increase, followed by the counties Rogaland and Oslo.

In relation to the population, the highest birth surpluses were in Oslo, Rogaland and Hordaland. Only Hedmark had a birth deficit in the 2nd quarter.

All counties had a migration surplus from abroad. The highest migration surpluses, seen in relation to the population, were in Oslo, Troms, Nordland and Finnmark, while Sør-Trøndelag, Østfold and Telemark had the lowest.

Population increased by 26 500 persons this year