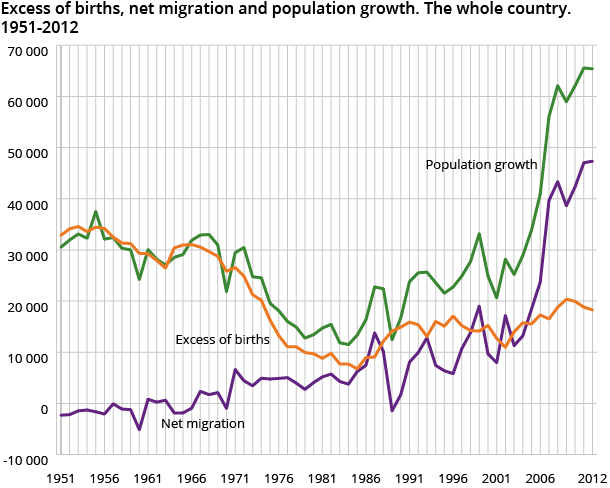 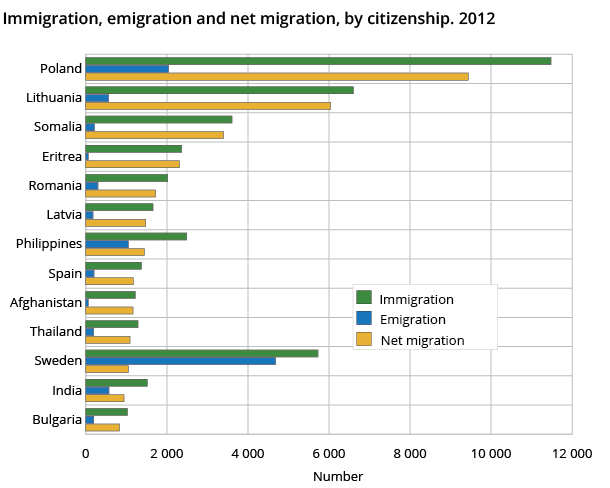 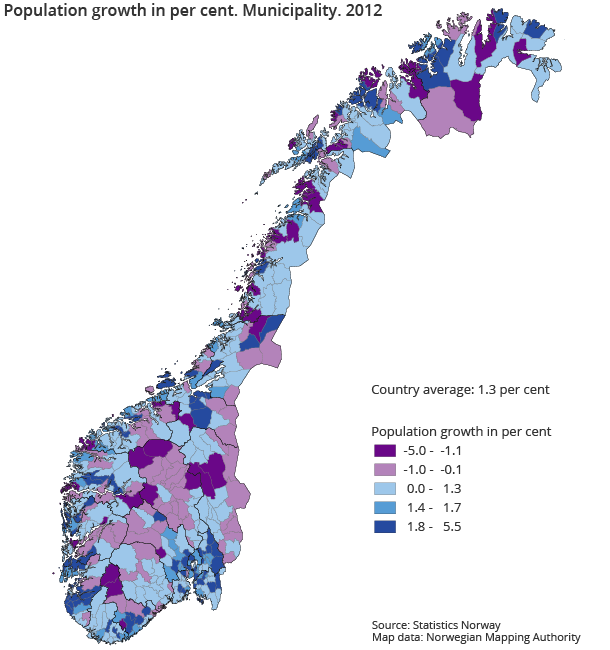 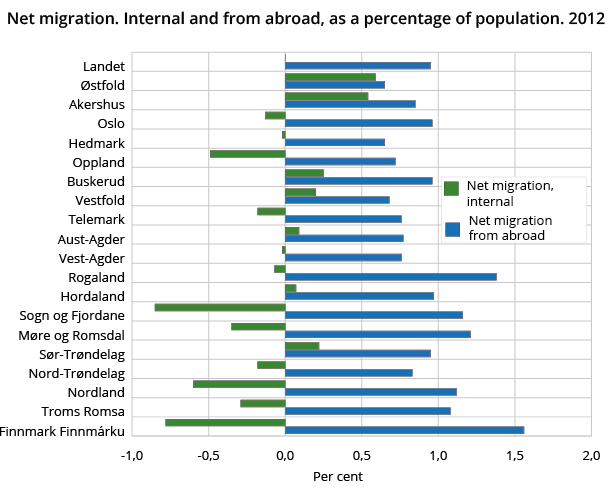 Highest ever net migration from abroad

Net migration from abroad reached 47 300 in 2012, an increase by 300 from 2011 to 2012, and has never been higher. During the last six years, net migration from abroad has totalled 258 400, almost three times the number of the previous six year period. There were 78 600 registered migrations to Norway from abroad in 2012, a decrease of 900 from the previous year. A total of 31 200 people left the country, about 1 200 fewer than last year. People staying in Norway for a shorter period than six months are not registered and not included in these figures.

Oslo and Akershus were the counties with the highest population growth in 2012, with a total of 20 800. That is 4 000 fewer than last year. The population in Rogaland and Hordaland grew by 16 600, 3 200 more than the previous year. All counties had a net immigration in 2012. The largest, in real figures, was in Akershus.

Net immigration from abroad was particularly high in two parts of the country. Rogaland and Hordaland with 10 900 had the largest, up from 8 200 the previous year. Oslo and Akershus followed with 10 600, down from 14 300 last year. Seven counties had a domestic net immigration.

More detailed statistics on births, deaths, internal migrations, immigration and emigration, marriages and divorces will be published on 11 April, 2 May and 22 August respectively.