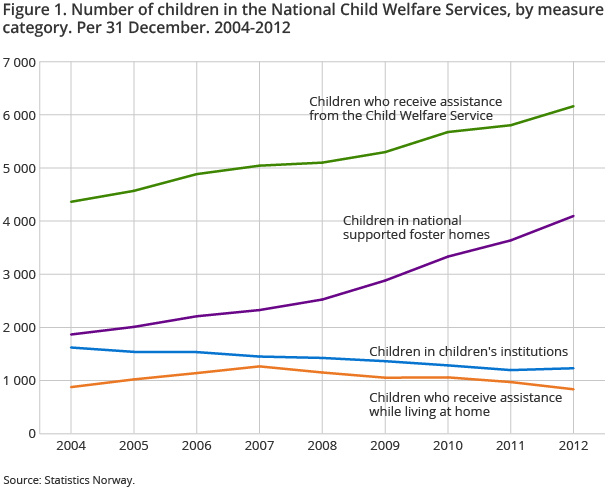 Approximately 4 100 children lived in national foster homes at the end of 2012; a growth of 13 per cent from the previous year. In just 5 years, from 2007 to 2012, the number of children in national foster homes has increased by more than 75 per cent, from more than 2 300 to 4 100 children. By the end of 2012, a total of 6 200 children received measures from the National Child Welfare Service, of these almost 67 per cent received the measure foster home, 20 per cent were in institutions and almost 14 per cent received assistance while living at home.

Decrease in children in institutions

Private companies own a large share of child welfare institutions

In 2012, there were approximately 4 400 contracted man-years (excluding long-term leave) in the National Child Welfare Services; a decrease of 5 per cent or almost 250 man-years from 2011. The largest decrease was registered in Region North with 14 per cent.