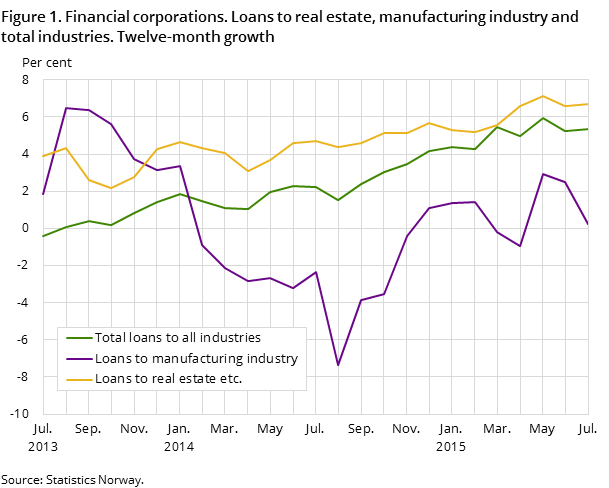 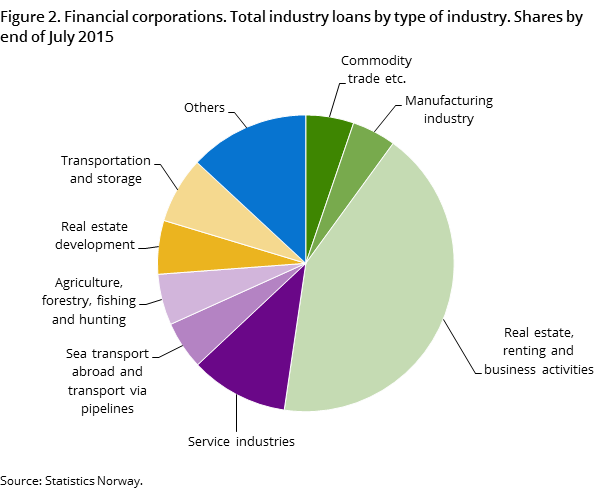 Loans from Norwegian financial institutions to the manufacturing industry amounted to NOK 72 billion at the end of July, down from NOK 74 billion the previous month, and unchanged from July last year.

During the last year, the twelve-month growth ranged between -7.4 per cent to end-August last year and 2.9 per cent to the end of May this year.

Industry accounted for 4.8 per cent of the total industry distributed borrowing at the end of July.

Real estate, renting and business activities’ outstanding debt to Norwegian financial institutions was NOK 635 billion at end-July, unchanged from the previous month. Lending increased by 6.7 per cent from the end of July last year until the end of July this year. By comparison, the twelve-month growth was 6.6 per cent to end-June this year.

The real estate, renting and business activities industry accounts for the largest share of total industry loans, with 42.3 per cent at the end of July. By comparison, the service industries account for 10.7 per cent of the same loan portfolio.