The growth in loans to real estate, renting and business activities was 7.1 per cent from end-May 2014 to end-May this year. These loans amounted to NOK 631 billion at the end of May 2015. 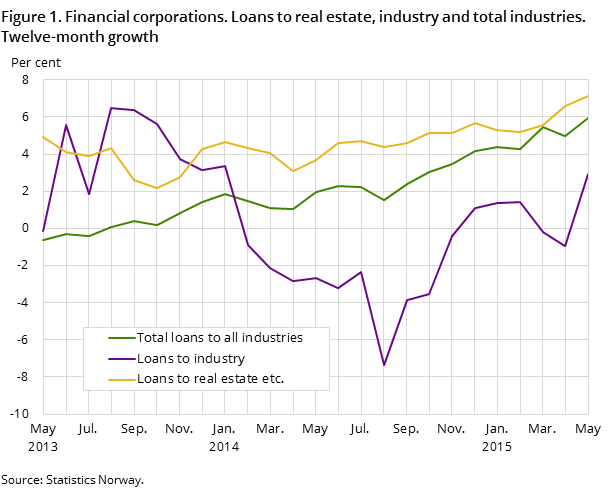 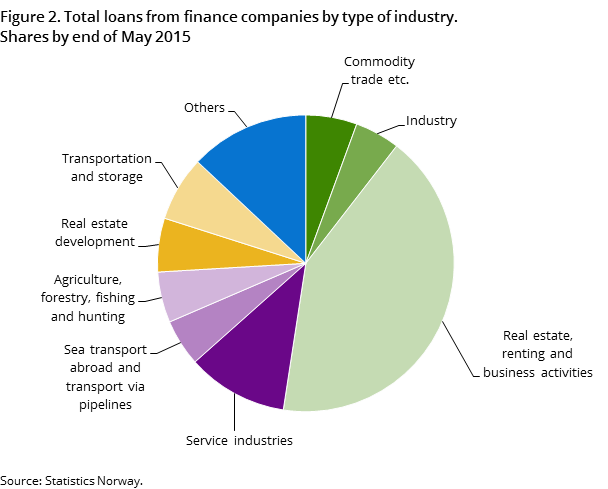 Real estate, renting and business activities accounted for the largest share of industry loans from the financial corporations, with 42 per cent of total loans at the end of May. The twelve-month loan growth for this industry has gradually increased from 3.1 per cent to end-April 2014 to 7.1 per cent to end-May this year.

Loans from the financial corporations to the industry were NOK 74 billion at the end of May 2015. This constituted a share of 4.9 per cent of the total loans to all industries. Loans outstanding to the industry have been stable at around NOK 70 billion from end-November 2013 to end-April 2015. Following a negative twelve-month growth in end-March and end-April this year, the growth was positive at 2.9 per cent to end-May 2015.