New classifications of type of deposits

Statistics Norway is implementing a change to the classification of type of deposits. This entails a postponement in publications of tables including deposits from the next statistical release. For more information, see "Pengemengdestatistikken. Kilder og metoder innenfor rammen av internasjonale standarder" (in Norwegian only).

Total deposits in domestic banks amounted to NOK 3 115 billion at the end of March, up 10.0 per cent from end-March last year. Growth in deposits from non-financial corporations was strongest in the public sectors. 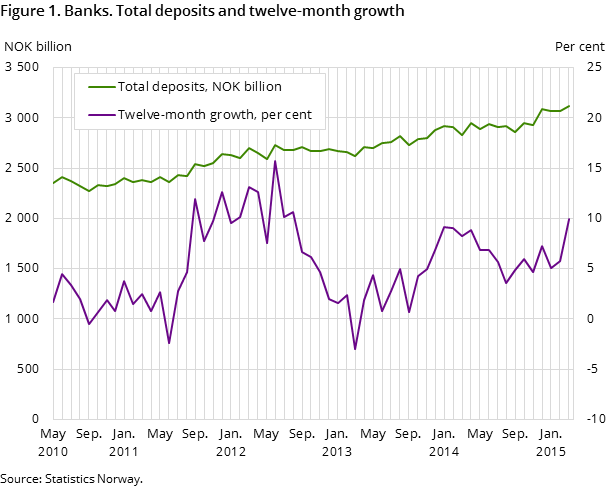 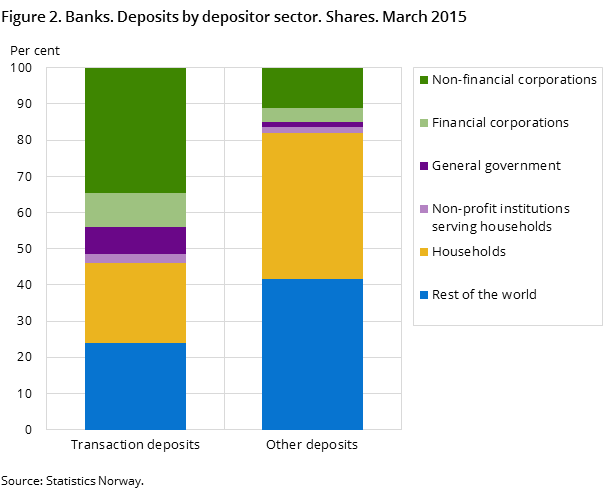 Other deposits totalled NOK 1 884 billion at end-March, of which NOK 756 billion came from domestic households. Domestic non-financial corporations had NOK 210 billion in other deposits at end-March.