Home investment savings with tax deduction for young people (BSU) rose by NOK 4.8 billion in 2014. At the end of December, BSU deposits amounted to NOK 36.8 billion. 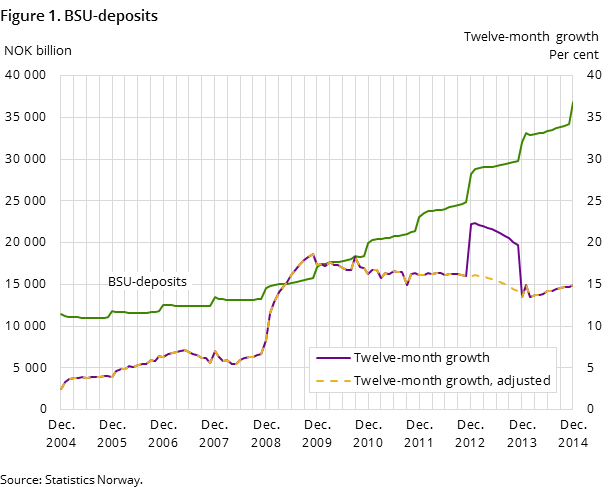 In December 2014, the BSU deposits increased by 2.7 NOK billion. This constitutes an increase of 7.8 per cent. In line with previous years, more than half of these deposits were invested in December. The annual savings in BSU deposits entitle the holder to an income tax deduction. Tax adjustments are often made at the end of the year.

The limit for the BSU deposits was also changed on 1 January 2009, to an annual saving of 20 000 per year and a total saving of NOK 150 000. This adjustment led to a large rise in the twelve-month growth for BSU deposits the same year. At end-December 2008, the twelve-month growth was only 8.4 per cent, while the corresponding figure for end-December 2009 was 17.4 per cent.