Total deposits from Norwegian households in Norwegian banks was NOK 1 003 billion at the end of September, an increase of NOK 76 billion compared to end-September the previous year. 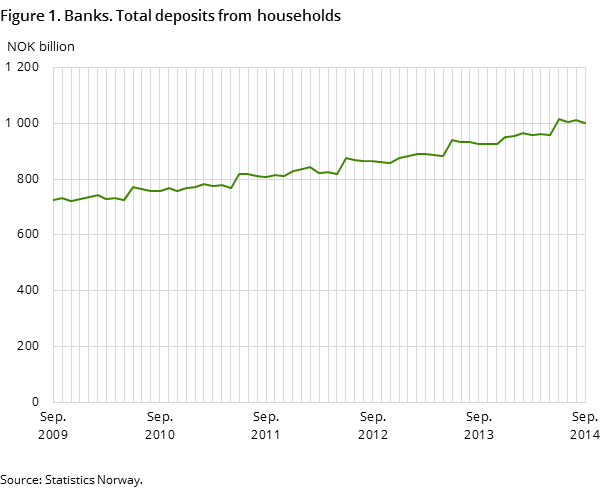 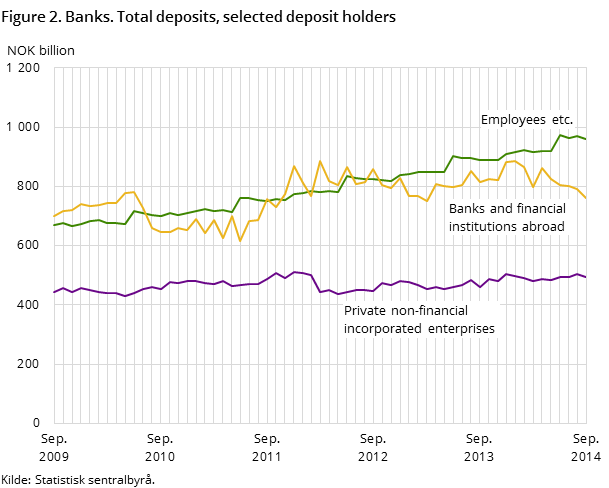 The employees have the largest share of the household deposits, which amounted to NOK 960 billion at the end of September. This is an increase of nearly NOK 71 billion, or 7.9 per cent, compared to end-September 2013.

The total deposits in Norwegian banks amounted to NOK 2 865 billion at the end of September. This is an increase of NOK 133 billion, or 4.9 per cent, compared to the same period the previous year. The largest depositors besides employees were banks and finance institutions abroad and private non-financial incorporated enterprises. Deposits from these two sectors amounted to NOK 758 billion and NOK 494 billion respectively.

The monthly volatility in deposits is relatively large. This is due to terms of payments of taxes and pay-out of holiday money.